CCBJ: Can you each describe how you first became involved with representing Chinese companies?

Trent Dickey: For me, it was in the mid ’80s. I became outside litigation counsel for a New Jersey–based company called Russ Berrie, which was a gift and novelty company, probably best known for its teddy bears and troll dolls. It sourced almost 2,000 products annually from Asia, primarily from China – before most companies did. Back in those days, it was all about copyright infringement – there was a lot of copyright infringement work.

Scott Stimpson: About 15 years ago when I was with a global law firm, I made my first trip to China, made some presentations, attended a couple of seminars, and was introduced to a handful of companies. One of the first was a company that did manufacturing and inventing in the flash drive space, which became one of my first Chinese litigation clients in the United States. In 2006 we brought a patent litigation suit in Texas, which at the time was, I believe, reported to be one of the first patent litigations brought by a Chinese company on an American patent. That was a very exciting time. And since then, I’ve been to China every year, at least twice a year, meeting people, representing clients, and presenting at seminars.

Why are companies in China calling on Sills Cummis to help with their legal needs?

Stimpson: From my perspective, on the patent litigation front, one of the reasons clients turn to Sills Cummis is our intellectual property (IP) group has Big Law experience, with the economic benefits of New Jersey-based headquarters. I actually began my career at one of the largest IP boutiques in the U.S. and I did an awful lot of patent litigation while I was there, learning from some of the best. When that firm closed its doors, I moved to a global firm in New York City where I litigated patent cases for a number of years before joining Sills Cummis & Gross.

Other attorneys in our group have had the same sort of Big Law experience too, bringing efficiency and value to our clients. So I think that’s attractive to Chinese companies, as well as to other companies. Another reason that we’ve been successful with Chinese litigation work in the IP field is that we have successfully represented other Chinese entities in the past. Trent and I have both been in China doing litigation work with Chinese companies for many years now, and so we’ve developed a track record we can show these companies. I think China is the same as many other countries in that they like to see that you’ve successfully represented other companies from their country in U.S. litigation.

What legal advice do you have for the Chinese companies selling products here?

Stimpson: As far as Chinese companies selling products in the U.S., I’d say that success will breed, in many cases, IP issues. The more successful you become, the more likely it is that you’re going to eventually encounter some sort of IP issue, whether it’s copyright, patent or other issues. So for companies selling products in the U.S., especially those selling a considerable number of products, a couple words of advice: First, if you do find yourself in a patent litigation or copyright litigation, it is important to understand and accept the differences between the legal systems and the way they work in China versus the United States.

For companies that are new to American litigation, things like discovery are going to be a shock, to put it mildly. China and the United States are on opposite ends of the spectrum with regard to how much discovery is allowed. There is obviously a great deal of discovery allowed in the United States, and it can be very expensive. So it is important to understand and accept that. Trust your lawyers and rely on their advice because it’s very easy to get into trouble for discovery problems otherwise.

Another piece of advice for Chinese companies – but really any company – is that if you have good patents, you shouldn’t be too hesitant to assert them. I’ve worked with some very innovative Chinese companies that have very good patents but are also too reluctant to assert them when necessary. Obviously, you can assert them and try to get your market share in the United States. You can try to get licensing revenue. But also, if you’re selling in the United States and you get sued for patent infringement, that’s a great time to dig into your pile of patents and see what’s there. A good countersuit can go a long way and maybe even lead to finding an amicable resolution to the litigation, or at least give you an upside. So there’s a lot to be gained by asserting patents at the right time.

Dickey: I would like to amplify what Scott mentioned about discovery. It is such a different concept not just for the Chinese but also for any foreign companies that haven’t experienced litigation in the United States. For instance, a patent dispute in China usually takes four months to resolve. In the United Kingdom, it takes about 18 months. In the United States, it takes more than two years. They just don’t have anything close to what our system is like in China or Asia. In fact, educating foreign clients about e-discovery is one of the biggest challenges we have, and it’s essential.

Scott and I have co-written articles that we’ve published in China, educating Chinese lawyers on intellectual property law, both trademark and copyrights, to help them to understand the U.S. system. I think it has helped. Scott and I both lecture in China as well, about twice a year, on these topics, to educate Chinese companies and others about how the U.S. legal system works and how to avoid these problems in the first place.

“Chinese companies are perhaps a little too reluctant to assert their patents here in the U.S.” –Scott Stimpson

Do you see China’s interactions with the U.S. legal system expanding?

Stimpson: Yes. I think that for the last 10 years or so, it’s pretty obvious that it has been expanding. It’s inevitable really – the more products you sell in the United States, the more likely it is that you’re going to run into legal disputes here. So it’s been on the upswing for quite a few years now, and I expect it to continue to increase. If you look at new litigations or even patent litigations filed in the United States, there are very frequently Chinese defendants or retailers selling Chinese products that are named. It’s just a result, I think, of the fact that Chinese companies have been very successful in selling products in the United States. I talked earlier about how Chinese companies are perhaps a little too reluctant to assert their patents here. But in our discussions with Chinese companies during the last couple of years, we’re seeing a bit of an uptick in their willingness to consider that approach. So maybe we’ll see some expansion on that front too. Time will tell.

Dickey: You used to see many Chinese companies defaulting on litigation in the United States, and there are still a number of smaller companies that, when there is an infringement claim, whether it be a patent, trademark or product liability claim, they just don’t defend. But we tend to represent larger companies that have a substantial amount of business in the United States. Most of the time with our big-box retail clients, there’s an indemnity agreement, and if the Chinese company wants to continue to sell into the U.S., they have to defend. They’re getting more involved in U.S. litigation, either directly or via our representation, which often includes their supply chain. There’s a lot more defense by Chinese companies now than in the past.

Trent, I heard that you were at the Global Lawyers Forum in Guangzhou in December. Can you tell us a bit about that?

Dickey: It was a real honor to be invited by the All China Lawyers Association, which is the biggest bar association in China. They invited me not just to attend but also to be on a panel and speak. The heads of international legal communities and bar associations from 57 countries were in attendance, and the People’s Republic of China’s Minister of Justice Fu Zhenghua and his vice minister were our keynote speakers. The theme was international rule of law and cooperation, and the obvious focus was on President Xi Jinping’s Belt and Road Initiative (BRI). Chinese law firms, although large, are still primarily domestic practices. So there was a focus on how they can reconcile disputes involving the BRI, given that 120 countries have signed a BRI memorandum of understanding with China.

But my topic was closer to home and within my realm of experience. I talked about early procedural motions and defenses for Chinese companies in U.S. litigation. There was a very large audience, so it was a real treat to be invited and to participate.

Scott, you and Trent also gave a seminar in Shenzhen recently. Can you tell us a bit about that one?

Stimpson: We gave a presentation in Shenzhen on U.S. patent law and litigation and defending Chinese companies in American litigation. It was well attended, with Chinese business representatives and in-house lawyers there. After the presentation, Trent and I both fielded a lot of questions from the audience. I was even interviewed by a state-run television station in Shenzhen. They wanted to talk about many of the same topics that you’ve been asking me about, particularly strategies for Chinese companies selling products in the United States. It was a great event, and it went very well. I was pleased to be a part of it.

Dickey: Me too. China is just fascinating. It’s exploding in so many areas. We know that there have been some setbacks, obviously, but the trade talks are focusing on IP issues that Scott and I are heavily enmeshed in. It’s one of those situations that’s just constantly evolving, and it presents wonderful opportunities for U.S. lawyers to assist Chinese companies. 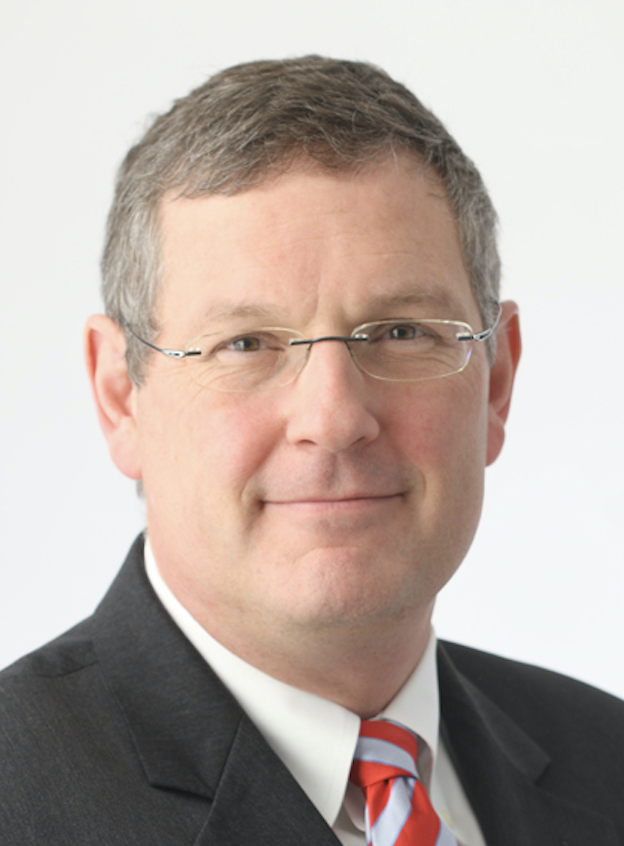 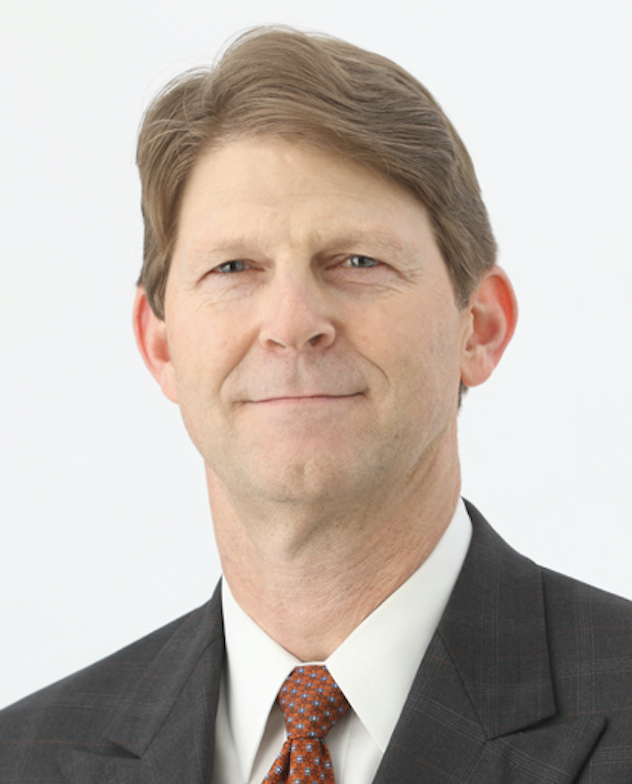