The Certainty of Uncertainty: Energy players fume and fret, but the game is always fueled by price

Fossil fuels continue to drive the economy, but operators are under increasing pressure from governments and the public, who have questions about fracking and other unconventional extraction methods as they relate to seismic activity. Akin Gump partner David Sweeney, an industry expert who built a practice literally from the ground up as a landman, spoke to us about today’s hot-button issues in the industry. His remarks have been edited for length and style.

MCC: You came to Akin just last month with an interesting background, including two in-house stints and significant work as outside counsel. Tell us about your decision to join the firm.

Sweeney: I had worked across from a number of Akin attorneys, including people who are currently part of our team. I was also a client when I was in-house. I have a tremendous amount of respect for the lawyers I know and have stayed in touch with them. When the opportunity came up, I couldn't say no. It's a phenomenal group.

MCC: For many energy lawyers the difference between a Trump administration and a Clinton administration is night and day. Please tell us how you're advising clients given the gap between current energy policy and what can be expected under the new Republican administration.

Sweeney: The watchword for the energy industry – it’s been the watchword for its recent lifespan – is uncertainty. I don't know that there's a big difference between a Trump and a Clinton administration on the 10,000-foot, strategic level. There are a lot of questions about what's going to happen. If I had to say what a Trump administration is going to be like, I’d be telling fortunes for a living instead of helping clients with legal issues. At the end of the day, it's all about how you handle uncertainty. In the energy industry, especially the oil and gas space, we live in an uncertain world. This is just layering on a bit more.

MCC: You've been involved in some of the most noteworthy M&A deals in the oil and gas sector in recent years. Do you expect to see the robust M&A activity continue in the next few years and maybe in some other energy sub-sectors as well?

Sweeney: I do. We've seen a substantial uptick in M&A activity recently. Uncertainty ebbs and flows in intensity. As it rolls back a bit, people stop playing their cards so close to the vest and start seeing opportunities to snap up or sell assets to redirect their focus to other areas. It’s been all the rage of late is to narrow the focus to drilling plays.

MCC: Do you think that there are any specific drivers behind that?

Sweeney: Price is the single biggest driver. We’re at a very interesting place right now. Retrenchment is a good word for it. The world as we know it, beyond whatever administration is in office, is changing.

When you look back at the sweep of history, and you read books like Friday Night Lights, which is more about the oil bust in west Texas than about high school football, there's an argument to be made that OPEC is much less important than it was and that U.S. unconventionals are increasingly a swing producer that are going to keep prices re-balanced. That drives M&A activity because when the world changes you sometimes find yourself holding cards you don’t want. You buy and sell to position yourself to deal with what's happening now.

MCC: What do you find most rewarding and most challenging about doing deals in the energy sector?

Sweeney: Two things come to mind. In the energy industry, because it's so cyclical, because of how risk and uncertainty ebb and flow, you have big gaps in the talent pool. When I started, the average age of an oil and gas lawyer in Texas was 58. To use a football euphemism, you weren't asked to play early -- you were expected to. There were no young people. To some degree, that continues today, especially with the focus on upstream activity. You find this wonderful dichotomy between people who are very experienced and people who are very young and, like me, people not yet at the peak of their careers. I love that – dealing with different worldviews. Further, I love my industry because of the characters. I've seen some of the best and worst people in my life – and frequently they're all rolled into the same person.

MCC: You're a noted expert, and have written a book, on worldwide joint operating agreements, a common form of upstream oil and gas arrangement. What are the legal and business challenges of dealing with these cornerstone agreements on a global scale?

Sweeney: To start with, they're vastly different. My book on joint operating agreements focused on how this form of oil and gas agreement, which is ubiquitous in the industry, can be radically different in different places. The most common U.S. onshore form of joint operating agreement, although it's been superseded recently, is the AAPL 610 Model Form Operating Agreement. It embodies a way of doing things in the oil and gas industry that has become almost a religion. I've dealt with operators who acted as though they had joint operating agreements but had never read one, and who don't have any signed for a particular project. They do things like send out authorizations for expenditure and talk about non-consent penalties when there's nothing –no contract – that would dictate that. Conversely, with projects in the Gulf of Mexico and outside of the U.S., the agreements tend to be hundreds of pages, with defined project phases. It's all very orderly.

In the U.S. – you could call it the Wild, Wild West – the emphasis is on speed and repeatability. You don’t have to negotiate a new form every time because no single joint operating agreement is worth enough to justify dumping months of negotiation into it. It's difficult to transition from one way of thinking, the Wild, Wild West way, to another way of thinking, more akin to the European Union way. I find that fascinating. When you take those agreements down to the granting instrument level, especially outside the U.S., it's necessary to tie those things to the production sharing contract or concession that actually grants a right to explore for oil and gas and make sure that the industry standards work with local customs and law and the way things are done. The book was a labor of love. I learned a tremendous amount through doing it.

MCC: You served as a landman. Can you describe what that role was like and how that experience informs your negotiating style and your ability to come to terms on highly complex deals?

Sweeney: I look at it as the bedrock. When I started as a landman, it was not a choice. I heard that you couldn’t do anything in our industry without these basics. It all starts with land work, taking leases and running titles in county courthouses and understanding what it is that you're buying. So much of the language that we use in the U.S. has expanded to include non-U.S. projects – things like farmouts and that type of jargon has become industry lingo. We just finished negotiating a transaction where the exhibit was 400 or 500 pages of leases, leases, leases. I see those names and each one is a family to me. I've been in county courthouses running titles, figuring out who owns land in a certain area, and going out to take leases from these people or their descendants. That's history. I find that part of our industry delightful.

MCC: Is it common for an oil and gas attorney at your level to have had that landman experience?

Sweeney: I don't think it's that common. For me it was a tremendously valuable experience. I started out doing primarily domestic work – Gulf of Mexico and onshore. I branched out to work outside the U.S. It’s relatively uncommon to cross that line and still see the link between the two sides. Land is the common theme. You don't own resources outside of the U.S. They're owned by the sovereign country. We have a very unique system in that respect.

In you have an oil and gas lease, so much of what we do and say is derived from the idea of ownership of the minerals. When I was writing my book, the challenge was to talk about what happens if you don't have a joint operating agreement because in the U.S. there's a very well-defined standard, although it's not as certain as having an agreement in place. Outside of the U.S., if you're drilling a $200 million well without an agreement, which happens frequently, there’s not much of a standard for how you're going to split costs and so on. I wish my land experience were more common. It makes it easier to understand the industry.

MCC: What are the key regulatory issues facing the energy industry in the coming years and how are you advising clients given the current domestic and international political uncertainty?

Sweeney: The single biggest hot button, on the tip of everybody's tongue, is hydraulic fracturing. We've been hearing about things like induced seismicity and earthquakes for years. Air quality permitting is also going to be extremely important. There are substantial new regulations that a lot of newer wells are subject and are not always taking into account. An unsettled issue, less in Texas and more in other places, is state vs. local preemption, i.e., whose law governs.

Take for example, setbacks from roads for well pads, or certain landscaping requirements. Whose law governs if the state says one thing and the local government says another? What if the local government wants to regulate drilling out of existence, or not permit it in certain areas? That carries over outside the U.S. When I was in-house, we were dealing with the Dutch sector of the North Sea. There was a backlash, both in the UK and the Netherlands, against hydraulic fracking. It’s not certain how it's going to play out. We’re seeing it on a large stage with the North Dakota pipeline. Induced seismicity has come up in Texas and Oklahoma, as well as places like Cushing. I don't know if it's even linked to oil and gas operation via hydraulic fracturing or injection wells, but these are the issues you expect when interests butt up against each other. 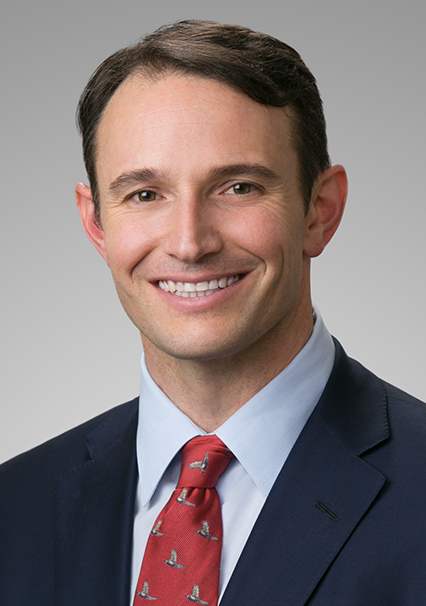