Brand Champion: As regulatory scrutiny of marketing intensifies, it’s more important than ever to safeguard the company’s brand

Kelley Drye partner Christie Grymes Thompson, named 2016 D.C. Advertising Lawyer of the Year by Best Lawyers, talks about how what not long ago was seen as a niche area by many has exploded into one of the hottest practice areas in the country. Her remarks have been edited for length and style.

MCC: Tell us how you came to advertising and marketing and consumer product safety law and regulation.

Thompson: I thought I wanted to be a trademark lawyer. I started my career at another firm, and while I was a summer associate, I met Lew Rose, who currently serves as Kelley Drye’s managing partner. That was at the big welcome event for summer associates, and Lew led the firm’s advertising and marketing practice. My maiden name is Grymes. When Lew introduced himself, he referenced a character in “The Simpsons” called Grimey. I’d never seen “The Simpsons,” but I laughed at the reference and acted like I knew exactly what he was talking about. He convinced me to be an advertising lawyer (no offense to trademark lawyers), and we’ve been colleagues and very good friends since.

MCC: The areas in which you practice have caught fire in recent years. Is that a fair statement, or have media coverage and the plaintiffs’ bar simply caught up to false advertising, marketing, product safety and related areas?

Thompson: That’s a fair statement. Much of the work I do is regulatory and involves federal agencies and state attorneys general. In recent years, they have been more aggressive in pursuing consumer protection and product safety matters. The plaintiffs’ bar has followed, particularly in jurisdictions like California. Topics that had not been hotbeds of enforcement activity or litigation now are regularly targets of class action attorneys. That reflects a shift.

For example, for many years the New York Attorney General and a few others initiated periodic investigations into the duration for which retailers ran sales – some states prohibit tying a sale price to an original price that was not offered for a reasonable period of time in the past, and some of those states specify the time periods. A few of those investigations resulted in formal settlements accompanied by a public announcement, but most resulted in no formal settlement or no public announcement. In the last few years, state investigations have resulted in formal settlements, often involving monetary payments, and press releases. On the heels of those actions, class action attorneys have filed over 20 lawsuits against a range of retailers.

Another factor has been a shift in technology. For example, when originally enacted, the Telephone Consumer Protection Act (TCPA) applied to traditional phone calls and faxes, but now, as technology evolves, new questions arise around how it might apply to text messages and other electronic communications.

In addition, consumers have more channels, including social media, for expressing their frustrations over advertising and marketing practices. Issues that before might not have made it onto the radar screen of regulators or plaintiffs’ attorneys are now communicated with a louder voice and an increasing number of voices as complaints make the rounds of social media. The regulators have always tracked consumer complaints and concerns, but in the past, the complaints might’ve taken longer to percolate up and get their attention. With more channels and methods of communication, issues escalate much more quickly.

MCC: You regularly review advertisements and marketing materials across all forms of media. Given the web of rules, regulations and laws at play, what do you look for when you’re reviewing a new multiplatform campaign for one of your clients?

Thompson: We focus on protecting the client’s brand, often the client’s most valuable asset. In evaluating a new multiplatform campaign, we then look for the specific issues that might apply to the nature of the claims, at the type of product within the parameters of the laws or regulations at issue, or to the channels being used, but we are always thinking about protecting the brand. We try to know and understand the client’s business, the competitive landscape, the risk tolerance and other sensitivities, so we can take the legal analysis and apply it in a way that maintains the brand, meets the client’s business objectives and makes life easier for in-house counsel.

MCC: Many lawyers focus on advertising and marketing, and many focus on product safety, but I’m not sure I know many who are quite as steeped in both as you are, including leading both of your firm’s well-recognized groups. Is this more common than I’m aware? If not, how did you end up doing both and what are the key points of intersection?

Thompson: It is not particularly common, although there are a handful of us who have expertise in both areas. I do both because very early in my career a partner for whom I worked had a client that used the firm for advertising and product safety matters. I started working for that client and very quickly got exposed to the product safety issues, and since then, I have continued to look for opportunities to blend those practices. The mix makes my day more interesting.

There is a natural overlap between the two areas. For example, advertising for a product should be consistent with product warnings and labels. Similarly, a client’s competitor may be depicting a product in an unsafe way, and we might challenge that practice from an advertising angle or from a product safety angle.

Practicing in the two areas also involves similar skill sets, particularly for the regulatory aspects. Much of the advertising work I do relates to the Federal Trade Commission (FTC) or state attorneys general. The product safety work is primarily before the Consumer Product Safety Commission (CPSC). It’s important to have relationships with the people in those agencies, and by working in D.C., I’ve built relationships with staff at all levels of the FTC and the CPSC, interacting with them in nonadversarial contexts.

I’ve also been very active in the American Bar Association’s Antitrust Section, interacting regularly with attorneys from the FTC and the state attorney general offices. I don’t think any of those relationships affect the merits of a matter or the vigor with which either side pursues its case, but they allow you to cut to the chase more quickly, making the process more efficient for the client.

MCC: You were quoted recently in Compliance Week as saying the CPSC is emerging as the toughest of the agencies overseeing safety issues and recall notices. Why is this and what impact does it have on your clients and on the counsel you provide?

Thompson: Much of this stems from the 2008 Consumer Product Safety Improvement Act, increased oversight by Congress on what happens at the CPSC and increased budget amounts. Those developments have reinvigorated the agency. In addition to increasing scrutiny on products at import and once in the marketplace, the CPSC has become more critical of the timing in which companies report potential safety issues to the CPSC. Just this year, the agency has announced over $10 million in civil penalties, compared with five years ago when the agency announced under $3 million for the year. When the parties do not reach a civil penalty settlement, the CPSC has initiated litigation, with more cases filed in the past few years than ever before in the history of the agency.

The CPSC, in its most recent civil penalty settlements, has required compliance programs with certain elements, even for companies with existing programs and a history of voluntary reports to the agency. This landscape requires companies to evaluate the myriad of sources of information about the safety of their products and to develop robust compliance programs that can quickly identify potential issues. Historically, companies might have often looked for plug-and-play solutions. Now they must ensure that the programs they develop reflect their business practices and the globalization of product inputs.

MCC: Kelley Drye has long had one of the world’s top advertising and marketing law practices, currently one of Law360’s practice groups of the year. Given that so many firms are bulking up in this and related areas, such as privacy and data protection, how have you managed to stay on top for so long in such a competitive area?

Thompson: We don’t dabble. We have a team of about 20 attorneys who practice in this area all day, every day. We don’t do trademarks part time. We don’t do antitrust law part time. We cover the full spectrum of consumer protection and privacy matters – working with clients on advertising, advertising-related litigation, matters and proceedings before the FTC or Consumer Financial Protection Bureau, challenges before the NAD, as well as related transactional matters. Several attorneys in our group also have expertise when those issues overlap with the Food and Drug Administration’s jurisdiction. In addition, we address issues with a range of experience and perspectives. We have attorneys like me who have come up through the summer associate program and been with this practice from day one. We also have former FTC staff, including two former bureau directors, and former in-house counsel. Earlier this year we hired Jennifer Fried, who was former assistant director at NAD.

MCC: Given the difficulties most industries run into with self-regulation, how is it that advertising has been able to make the NAD approach work as well as it does? What are the benefits and drawbacks for clients?

Thompson: NAD has top-notch adjudicators who, because of their knowledge base and professionalism, have established credibility within the industry. The NAD is also generally transparent, releasing written opinions and appearing regularly on panels at conferences.

Although companies would often prefer a shorter time period to find disposition of a case, the NAD process is more efficient than filing a lawsuit in federal court under the Lanham Act. The NAD process is limited to two rounds of briefing in most cases, and there’s no discovery. If an advertiser chooses not to participate or to disregard the NAD’s recommendations, the matter typically gets sent to the FTC. What might have started as a voluntary process at the NAD suddenly becomes a federal investigation that, depending on what the FTC concludes, could end in a settlement with mandatory compliance or litigation initiated by the FTC against the company. NAD decisions can also trigger “follow on” consumer class actions, particularly because the detail of the decision could provide a road map for plaintiffs’ attorneys.

MCC: Let’s say a client comes to you and her team has come up with an incredible idea that a number of venture firms think could be the next big thing. It will require blockbuster advertising and marketing. What should she be most worried about going forward?

Thompson: All the standard rules for advertising a product would apply, but social media provides an inexpensive platform to promote “the next big thing,” and advertisers sometimes forget the traditional rules when using social media. For example, companies often recruit consumers, prolific influencers and celebrities to promote and endorse their product on social media. Pursuant to the FTC’s Endorsement Guides, if the endorser gets paid or receives another benefit, even something with as little value as an entry in a sweepstakes, and consumers would not expect that connection, the endorser must disclose the connection to the company. In addition, the endorser could not make a statement that the company cannot support with adequate substantiation or that the company cannot make without clear and conspicuous disclosures. Through its dot-com Disclosures, the FTC also has advised those disclosures must be clear and conspicuous, and it has articulated ways to do that. Twitter allows only 140 characters. What do we do? The FTC says you either find a way to make it work within the 140 characters or you find a different platform. That can be difficult for companies to grasp. 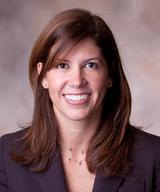