Assessing China’s M&A Activity in 2020 and Beyond

Allen Shyu, partner at Akin Gump in Beijing, has more than 20 years of experience in the cross-border M&A space. Here, he discusses the current state of Chinese M&A activity and how various world events, including the ongoing COVID-19 pandemic, are affecting these deals.

CCBJ: What is the current state of mergers and acquisitions (M&A) activity in China and for Chinese-owned companies?

Allen Shyu: Deal values and volumes of China-related M&A deals declined by 14 percent in 2019. The drop in outbound M&A and domestic private equity deals were major factors in what was the most challenging year for deal values since 2013. The outbound M&A market continues to be strongly influenced by market uncertainties and political restrictions, such as the prolonged and unpredictable U.S.-China trade war and uncertainty surrounding the status of the U.S.-China trade deal. There is no doubt that this will remain a significant factor in the coming months and years, whether by impacting deal volumes, restricting market access, or by valuations being affected by tariffs. The uncertainty this breeds will be contagious, not just between the two countries but also for many other countries that are linked and indirectly affected.

In addition, the increased scrutiny from the U.S., specifically from the Committee on Foreign Investment in the United States, and from national security reviews in Europe, has been another key driver of the decline in outbound M&A from China.

However, Chinese companies are still looking to acquire technology, know-how, intellectual property, and brands from abroad – through smaller transactions – which resulted in something of a rebound in announced deal volume toward the end of 2019. In addition, outbound activity to countries involved in China’s Belt and Road Initiative developed especially well in that overall context. Chinese companies have increasingly invested in Southeast Asia, the Middle East, Europe, Africa and South America, following the Belt and Road Initiative.

While continuing to participate in the emerging markets, more Chinese companies have begun looking to invest in infrastructure and major projects in developed markets as well. The key market players are mainly Chinese state-owned contractors, but other players such as private companies, financial investors and funds are also becoming more active.

China remained the second-largest recipient of foreign direct investment globally in 2019. China’s Ministry of Commerce data shows that foreign direct investment into China in 2019 topped $137 billion, a 5.8 percent year-on-year increase and the biggest rise since 2017. The Chinese national legislature passed the Foreign Investment Law in 2019, with the aim of creating a better business environment for overseas investors. The Chinese government has also passed new rules and reaffirmed its determination to open up more sectors, from automobiles to financial services to foreign investment.

In 2020, outbound transactions focused on strategic areas will continue to be the main driver of M&A activity in the region. The financial, TMT (technology, media and telecom), and consumer and industrial sectors are expected to drive the growth of M&A in China in 2020.

While trade tensions, geopolitical uncertainties and protectionist policies still loom in 2020, the COVID-19 outbreak has – and will continue to have – a significant impact on China’s economy.

What industries are ripe for M&A activity, and which ones are slowing down?

Despite the overall decline, the M&A market is slightly more active today than it was in 2019, thanks to China’s new foreign investment policy that came into play in January 2020 and new rules to open up certain heavily regulated industries, such as the automobile and financial services sectors. This is particularly true for the industrial, consumer, high-tech and financial services sectors, and in relation to inbound deals.

The energy, retail and high-tech sectors have seen high-value M&A transactions recently, and we are still seeing Chinese internet giants competing for market share. However, the traditional industries are slowing down, including textiles and clothing, telecoms and value-added services, food and beverages, and the media and entertainment industries.

Inbound investment through M&A in China is expected to reach $1.5 trillion over the next 10 years. The Foreign Investment Law seeks to protect the rights of foreign investors and their intellectual property, and it clearly incentivizes them to invest in China. It also helps Chinese companies to move up the value chain. The evolving nature of China’s consumer economy and the desire for Chinese industry to continue to move up that value chain are two particularly important drivers of economic opportunity. These factors are expected to boost inbound M&A transactions in the near future.

What is the appetite for financing these deals? Who are the primary financial backers?

China’s outbound M&A was historically dominated by state-owned enterprises, with a focus on energy and resources. The recent wave of M&A has been characterized by a wider range of buyers, including companies with a broad sector focus, domestic private equity firms and A-share listed companies. Domestic private equity funds are actively pursuing larger international acquisition opportunities and are open to forming a consortium or partnering with state-owned enterprises and strategic parties in order to pursue larger overseas acquisitions. A-share listed companies have an increased appetite for outbound M&A in light of the supportive political and financing environment and the valuation premium that Chinese listed companies receive over their North American and European counterparts, which is conducive to conversations about value creation.

Chinese buyers pursuing outbound M&A are increasingly able to utilize target-level, non-recourse financing, due to the enhanced size and quality of overseas assets being acquired. Some of China’s largest outbound acquisitions involved such target-level financing.

How is due diligence being conducted?

As an important part of cross-border M&A, due diligence allows the buyer to assess the value and risks of a project through a detailed investigation into the target company’s legal, fiscal, technical, operational and business situations.

In cross-border M&A, given the long distance between the buyer and the seller, the seller generally authorizes the buyer to first conduct a document review by giving the buyer access to its virtual database. However, as an ancient Chinese saying goes, “one cannot learn well by books.” The limitations of a virtual database can only be offset by onsite due diligence.

In a mining project, for instance, the verification of the original copy of a mining license, interviewing local government authorities, and communication with employees of the target company will provide a deeper and clearer understanding of the company’s actual operation, fieldwork management, safety precautions, environmental protection compliance, relationship with its employees, relationship with the labor union, relationship with local communities, and so on. Furthermore, in large-scale M&A transactions of listed companies, lawyers need to issue legal opinions, which requires them to complete onsite investigations in order to verify their due diligence results.

The COVID-19 pandemic makes it difficult for Chinese buyers to send teams to project-host countries. First, to date, 128 countries and regions have put restrictions on Chinese citizens’ entry, suspended visa appointments and imposed quarantine, etc. It will be very challenging for Chinese delegations to get the necessary access if project-host countries continue to implement such control measures.

Second, for example in mining projects, considering that mines are located in remote places with limited medical facilities, target companies may have concerns about the Chinese delegations’ ability to participate in site visits.

Third, target companies and local communities, especially local and indigenous communities, are particularly sensitive about the COVID-19 pandemic, and are very concerned about contagion, even where it is particularly low. So, Chinese companies are thinking about alternative solutions. For example, they may consider choosing local intermediaries to carry out due diligence, and interviews of management and key employees of the target company may be conducted by local teams onsite and by teams at home via videoconference.

Are you seeing any new risk management techniques being applied? If so, what do they look like?

If the outbreak continues to seriously impact on the ability of Chinese enterprises to complete the acquisition of target companies overseas, ultimately the value of target companies with close business associations with China may be affected by the pandemic. We may also see a number Chinese buyers looking to exit ongoing transactions.

For cross-border acquisitions in which contracts have been signed, where the outbreak is affecting the performance of Chinese buyers, acquirers must first analyze whether the outbreak constitutes force majeure, whether Chinese companies have the responsibility to give notice and withdraw, and then consider possible remedies and corresponding legal consequences. If the transaction documents do not contain material adverse effects or force majeure clauses, the Chinese company should be fully prepared and actively engage in reasonable consultations with the counterparty in order to find a solution to the impairment.

Cross-border M&A is a challenging business activity. Every cross-border M&A faces different culture, laws, business environments and complex potential risks. The COVID-19 epidemic undoubtedly increases the difficulty of cross-border M&A. China’s overseas mergers and acquisitions totaled $42.81 billion in the first three quarters of 2019, down 44.6 percent from the same period the year before, due to uncertainties including the trade war between China and the United States, geopolitical tensions and slowing economic growth. In the context of a slowdown in overseas investment by Chinese companies, the COVID-19 outbreak will have a further impact on cross-border investment by Chinese companies. 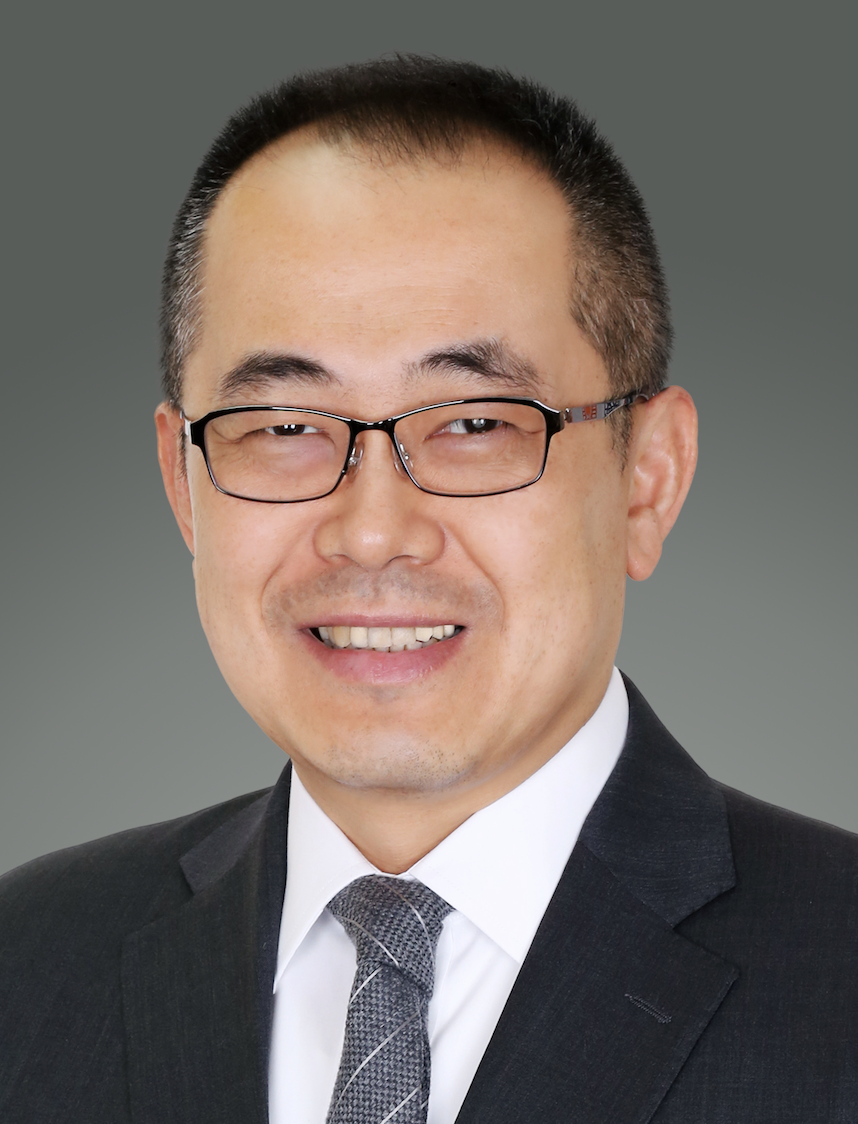 Employment Considerations in Mergers and Acquisitions

Tyler Hendry and James Robinson of Herbert Smith Freehills summarize the restructurings and PPP loans in the shadow of COVID-19, and how this has affected deal-making in 2021.

The COVID-19 pandemic continues to upend lives around the world. The duration and magnitude of this crisis remains unknown, and buyers and sellers that continue to pursue deals from the pre-crisis period are trying to understand some of the key considerations, techniques and strategies for executing transactions during a period of historic volatility and uncertainty.

SEE ALL ARTICLES ON Mergers & Acquisitions