As Technology Redefines the Meaning of Sports, Legal Questions Abound 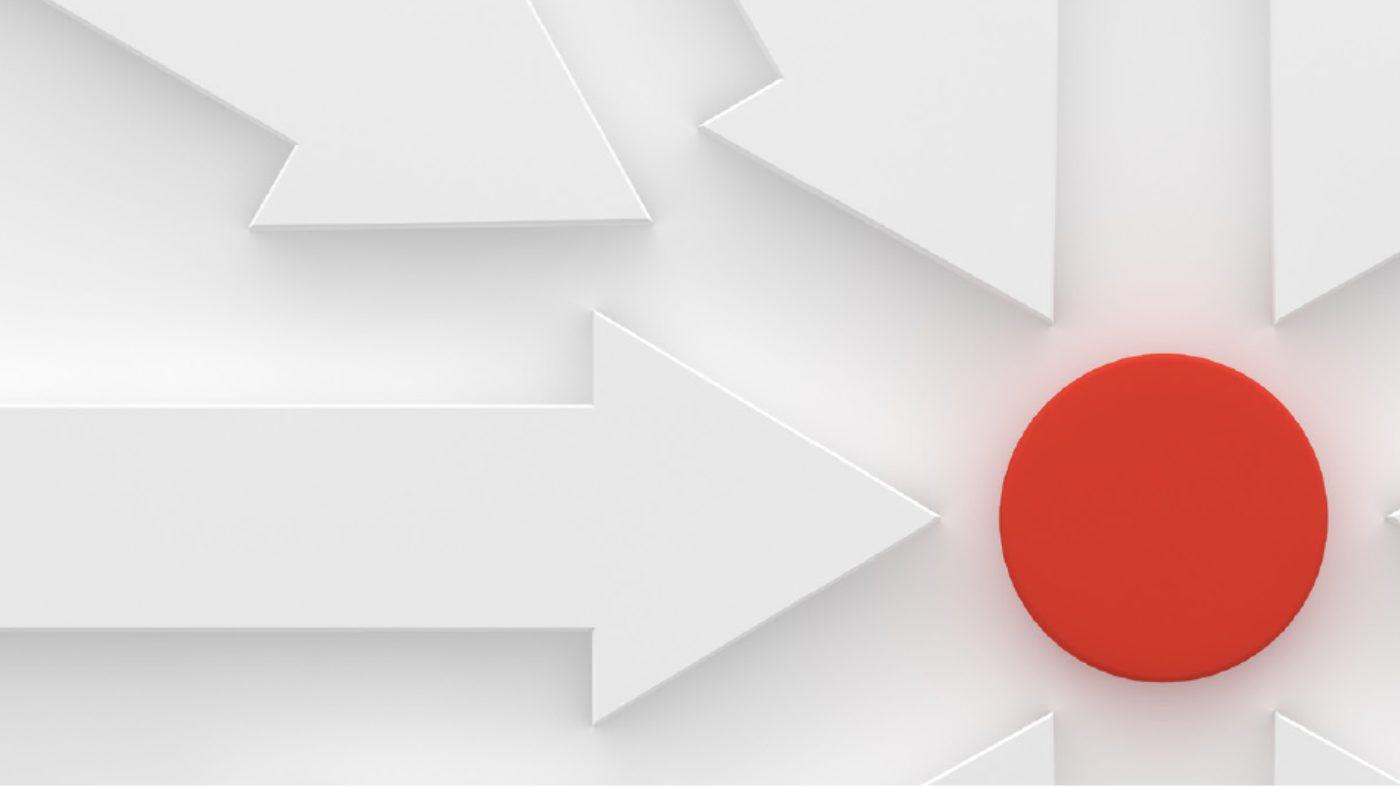 CCBJ: For people who may be new to the idea of e-sports, can you describe what they are? What has your involvement in this space been so far?

Langdon Ramsburg: At their core, e-sports are like any other professional sport. We tend to think of sports in a traditional way: football, baseball, basketball, hockey, the big sports that we watch on a daily basis, depending on the time of year. In a business sense, e-sports are essentially the same thing. The games themselves are video games produced by various publishers, but the business that radiates from e-sports is very similar to the model that surrounds traditional sports. And as with any industry, there are specific laws and regulations that go into that. In the case of e-sports, that encompasses labor and employment, which is my particular practice. It also includes intellectual property, litigation, higher education law, and gaming issues – meaning gambling. All of those things have coalesced into one group at our firm, designed to serve that industry.

Shortly after coming to McNees and starting to practice labor and employment law, I started to connect with various clients who were exploring the e-sports space. After our conversations with those clients, we decided to have a seminar about this emerging industry, about the legal issues that surround it. When we looked at it more closely, we realized that from a market perspective, as a law firm, there was really no one in the space with the scale and size of McNees. There may be a few lawyers that are; some in New York or California that are maybe a one- or two-man attorney shop, but nothing near the level of sophistication or full service that McNees can provide. So we saw this as a market opportunity, just like any other business, and we decided to create the group. I became the chair because it was my idea.

What are some of the issues that you see unfolding as this area as it grows so rapidly?

The professional leagues have certain safeguards or benchmarks that require the teams provide a certain level of compensation and benefits to their players. There are various leagues, but the two largest ones are League of Legends and Overwatch. When you get into different gaming titles, there are professional teams that play multiple games, and they have players that play specific games. One of the most prevalent issues for teams that are trying to recruit players is actually immigration, and oftentimes there are limitations or requirements. If you are going to take a player from a different country or a different region and recruit them to come play on your team, immigration issues come up. Just like any other professional sport, you have traditional labor issues that arise, and questions about whether the players will attempt to unionize and negotiate contracts, like you would see in a traditional sport.

Aside from the competition angle itself, it’s important to remember that the gaming aspect of it is just the center, and the industry surrounding it is quite large. There’s been a discussion about discrimination within the publishing companies – meaning that women are treated differently than their male colleagues. That raises issues of equal pay, as well as issues around promotional opportunities. Sex-based discrimination is something that tends to arise in this industry because it is so male dominated. I would expect both the traditional labor issues and the discriminatory aspects to become more prevalent – or at least more visible – as the industry becomes more mainstream.

The e-sports industry’s efforts to educate the older generation of C-suite officials is an ongoing struggle.

Are you seeing a significant number of acquisitions among properties?

As people are becoming more aware of the popularity of e-sports and the potential long-term economic growth that’s available within the space, the interest in investing continues to grow. But an Overwatch team, or a League of Legends team – to own a franchise in those leagues is quite expensive. Multiple tens of millions of dollars to buy a team. So the interest in that level of investment has started to level out, and now investors are more interested in exploring all of the ancillary aspects of the industry.

Something I’ve heard multiple times in the last year is a comparison to the gold rush, where at first everyone rushed to look for the gold, but it turned out that the people who were mining and panning for gold were not actually the ones that became the most successful. Instead, it was the people who set up businesses to support the miners – the people that sold the shovels, built stores, built hotels, built houses. They are the ones that ultimately were financially successful over the long term. The same is true here. I think that investors have become more skeptical and hesitant about making large investments in professional teams. They’re more interested in identifying the ancillary businesses that surround e-sports that could have long-term viability just by proximity.

What are some of the other key issues that this industry is working through right now?

A lot of it has to do with the players. Oftentimes, if you get into professional organizations that don’t have the right safeguards in place, there are concerns about whether or not players are being treated fairly. Are they being paid enough? Are they being paid at least minimum wage when you account for all of their time at the end of the day. Are they employees? Are the independent contractors? How does that work? Employment issues continue to be something that comes up, especially because this is a younger demographic. Even those in management and ownership positions tend to be of a younger demographic, and they are not necessarily contemplating the legal issues that are associated with labor and employment that most people who have a business would think about.

From an owner’s perspective, from an organizational perspective, it can be difficult to get older people, who tend to control the sponsorship money, to understand why this is popular, to understand the demographics of e-sports and be willing to invest what’s called non-endemic sponsorship money into the industry. That struggle continues to exist, because older generations, the individuals in the C-suites of today, if you say to them that e-sports is a growing industry, and you ask them to give sponsorship money in the range of several hundred thousand dollars, they think you’re crazy. They don’t know about e-sports, generally, so the industry’s efforts to educate that older generation of C-suite officials is an ongoing struggle.

Can you talk a bit about any issues that the industry is seeing related to e-commerce and internet law?

One issue that comes up is gambling. There are aspects of e-sports that allow for gambling in nontraditional senses. For example, there are games in which you can buy upgrades – like a game that features a weapon, for instance, and you want to change the weapon from the standard black to a camouflage. Those upgrades are called “skins,” and they have economic value. So what you’ll see is individuals competing against each other and betting those skins. Whoever wins gets the skins, which you can liquidate into actual cash.

From a legal perspective, this industry is largely built around intellectual property. The gaming publishers own the rights to the games. It’s not like baseball, where nobody owns the right to baseball itself. If you want to go start and develop a baseball league, anybody can do it tomorrow. The issue in e-sports is that when you use a gaming title and start doing production and distributing content, you’re using someone else’s intellectual property. That becomes an issue, depending on which publisher you’re talking about, and how much money you’re talking about in terms of revenue, and whether they’re inclined to let that go or not.

The interest in investing in e-sports, especially the ancillary aspects of it, continues to grow.

Is there anything that we missed that you’d like to add?

One of the largest emerging areas of e-sports is at the collegiate level. Colleges have to evaluate whether e-sports is something they want to develop and use – either as a point of pride, as a recruitment and retention tool for the student body, or even as means of generating revenue for the school. The use of e-sports by higher education is going to continue to grow at fast pace. What makes it particularly interesting is that it is not regulated by NCAA, at least not yet. It’s been my experience that there is a void there that a regulatory entity could fill. But the risk associated with investing any type of money in creating that entity is massive, because the NCAA could come out tomorrow and say that they are going to start regulating e-sports themselves, and then that other entity would be out of business. So, in the interim, you have a mosaic of different entities trying to manage collegiate e-sports the best that they can. Nobody is doing it that well. It will be interesting to see what happens as more and more colleges and universities get involved in this, how e-sports ends up being regulated on a much larger scale, as it becomes more mainstream.