Ten years ago this summer, the United Nations Human Rights Council unanimously endorsed the Guiding Principles on Business and Human Rights (the "UNGPs"). The UNGPs are perhaps the most prominent manifestation of an accelerating global trend toward accounting for a legal or quasi-legal obligation on the part of corporations to conduct business in a manner that respects human rights. The UNGPs are based on three pillars:

- Pillar I: the State duty to protect human rights;

- Pillar II: the corporate responsibility to respect human rights; and

- Pillar III: the need for victims of human rights violations to have access an effective remedy.

Today, it is common for corporations to develop and publish human rights policies outlining their commitments and practices in this regard. This area of practice has been referred to as "Business and Human Rights" ("BHR"), and is a significant part of the "social" component of environmental, social, and governance (ESG) issues that are attracting increased attention in the business world.

The increasing attention to a corporate obligation to respect human rights brings with it the question of how to resolve disputes over whether the obligation has been fulfilled. In considering that question, it is important to recognize the diversity of BHR disputes. The corporate obligation to respect human rights is reflected in many cases in non-binding or "soft law" instruments such as corporate policies, industry-wide standards and codes of conduct, and voluntary guidelines such as the aforementioned UNGPs. But it is also found in binding "hard law" obligations like provisions in supply contracts and domestic laws requiring community consultation in respect of infrastructure projection. Add to this the broad scope of possible human rights impacts of businesses – e.g., forced labor in a supply chain, environmental harm to the area surrounding a project or facility, or the data and privacy rights of consumers – and it is readily apparent that BHR disputes are not a monolith. Consequently, they are not cabined to a single forum. They are heard in domestic courts, the court of public opinion, and before bodies designed to facilitate mediation and resolution, such as the National Contact Points created by the OECD.2

Pillar III of the UNGPs provides that, where businesses identify that they have caused or contributed to adverse impacts on human rights, they should provide for or cooperate in their remediation through legitimate processes. Where adjudication is needed, this should be carried out by means of legitimate, independent third-party mechanisms. Yet, it has proven to be very difficult to enforce BHR obligations and commitments via domestic courts, particularly in relation to transnational disputes. In this article, we look at the role played by arbitration in resolving BHR disputes, including some recent initiatives.

The Pros and Cons of Arbitration for Resolving Disputes Involving BHR

An advantage of arbitration is its flexibility, as the parties have the ability to establish the requirements for accessing arbitration and procedural rules. Given the diversity of human rights disputes, this flexibility makes arbitration potentially applicable across a broader range of disputes. However, the same contract-based nature of arbitration is perhaps its foremost limitation; arbitration may be commenced only against a party that has agreed in advance to arbitrate the dispute, or between parties that agree to arbitrate a dispute that has arisen between them-which is much less common. Obtaining this consent requires a degree of bargaining power on the part of potential claimants, which makes it more likely to be used in certain types of disputes than others. For example, a factory worker will likely have difficulty obtaining consent to arbitrate claims that they were subjected to abusive working conditions– although as discussed below, there have been exceptions – unless the respondent business is willing to arbitrate. In contrast, a multinational corporation should find it comparatively easy to include an arbitration provision in its supply contract with the factory owner in that example, allowing it to hold the factory responsible for the conditions.

A further feature of arbitration is that it exists outside of domestic judicial systems, which may constitute an advantage when there are concerns about the neutrality or capacity of the relevant domestic judiciary. However, this independence is not absolute, as the involvement of domestic courts may be required to compel compliance with an agreement to arbitration or to enforce any award rendered by the arbitrators.

Other main advantages of arbitration are the capacity to select an arbitrator with specific expertise in human rights and the enforceability of the award in the 168 countries that have ratified the Convention on the Recognition and Enforcement of Foreign Arbitral Awards (known as the "New York Convention").

Finally, regardless of how streamlined a procedure is adopted, arbitration will rarely be a low-cost option, as it is necessary for both sides not only to pay their counsel but also the arbitrators' time and in some cases the expenses of the institution administering the arbitration. One key concern with using arbitration to resolve BHR disputes is the risk of an inequality of arms between victims of human rights abuses and businesses. Arbitration has the potential to privilege the powerful and well-resourced over the less well-equipped parties. This too, makes arbitration less suitable for certain types of claims than others.

Recent Initiatives to Use Arbitration for the Resolution of BHR Disputes

The idea of using arbitration to resolve BHR disputes has gained traction in recent years in a couple of contexts, such as in investor-state claims and the garment industry, with some success stories. Further, there have been two recent initiatives: the Hague Rules on Business and Human Rights Arbitration (the "Hague Rules") and the Human Rights at Sea Arbitration Initiative.

The corporate obligation to respect human rights has generated attention in the area of arbitration under bi-lateral and multi-lateral investment treaties. However, the potential use of such treaties to arbitrate corporations' human rights practices is limited. A typical investment treaty permits a foreign investor to commence arbitration against the host state for breach of its obligations to the investor but does not permit the state to commence arbitration against the investor. Thus, any allegations that the corporation failed to comply with human rights obligations may be raised only as arguments regarding contributory negligence - as occurred, for example, in Bear Creek Mining Corp v. Peru (ICSID Case No ARB/14/21) - or potentially as counter-claims, such as in Burlington Resources Inc. v. Republic of Ecuador (ICSID Case No. ARB/08/5), Urbaser SA v Argentina (ICSID Case No ARB/07/26) and David R. Aven and Others v. Republic of Costa Rica (ICSID Case No. UNCT/15/3). Moreover, while the interplay between investment treaty protections and investors’ compliance with human rights can be a strong incentive for corporations to account for human rights, investment treaties do not typically include remediation mechanisms for the victims of any human rights misconduct by the investors.

The Accord on Fire and Building Safety in Bangladesh

The Accord on Fire and Building Safety in Bangladesh (the "Accord") is a five-year agreement between global apparel brands, retailers and trade unions, which required the brands to ensure that the factories they contracted with met certain safety criteria. The agreement was created in the immediate aftermath of the Rana Plaza building collapse that led to the death of more than 1,100 people and injured more than 2,000 in 2013. The Accord contained a dispute resolution process referring disputes to arbitration resulting in legally binding enforceable awards against the signatory brands. In 2016, two non-governmental labor union federations based in Switzerland brought an arbitration against two multinational fashion brands under the UNCITRAL arbitration rules, administered by the Permanent Court of Arbitration (PCA). The unions were represented by a law firm that worked on a pro bono basis. Both disputes settled after the brands agreed to pay US$2.3 million towards remediating unsafe conditions in Bangladeshi ready-made garment factories. The Accord, which expired in 2018, has been generally considered a success story. However, the Transition Accord that replaced it has now also expired, raising questions of what happens now. It remains to be seen whether any similar initiatives will be forthcoming in other industries or geographic areas.

The Hague Rules were launched in 2019 with the aim of providing a remedy for those affected by the human rights impacts of business activities in situation where traditional remedies do not work properly. They are based on the UNCITRAL Arbitration Rules (as adopted in 2013) with modifications to address issues likely to arise in the context of BHR disputes, such as: (i) the particular characteristics of disputes related to human rights impacts of business activities; (ii) the need for special measures to address the circumstances of those affected by human rights violations; (iii) the potential imbalance of power that may arise; (iv) the public interest in the resolution of such disputes, which requires among other things a high degree of transparency of the proceedings and an opportunity for participation by interested third persons and states; (v) the importance of having arbitrators with appropriate expertise; and (vi) the possible need for special mechanisms for gathering evidence and protection of witnesses. The Hague Rules have not yet been used, but add to the range of options for resolving BHR disputes.

Another innovative initiative is the effort to create a standalone arbitration system for resolving human rights at sea disputes. The Human Rights at Sea Arbitration envisions an arbitration-based mechanism of redress for human rights abuses at sea that would address both the procedural and the substantive dimensions of a victim’s right to a remedy. It would do so by providing: (i) a neutral and visible forum in which human rights issues could be resolved; (ii) a procedure that is both efficient and financially accessible to victims; (iii) an adjudicative process that is highly specialized and tailored to the sensitivities of human rights issues as well as to the particularities of the maritime space; and (iv) binding arbitral awards that would be enforceable internationally.

Pillar III of the UNGPs, which relates to providing effective remedies for violations of human rights, is sometimes called the "forgotten pillar." Arbitration is not a panacea, and is not appropriate or feasible for every possible circumstance. However, through the initiatives for the use of arbitration commented in this article, arbitration may well emerge as a viable avenue for the resolution of BHR disputes. 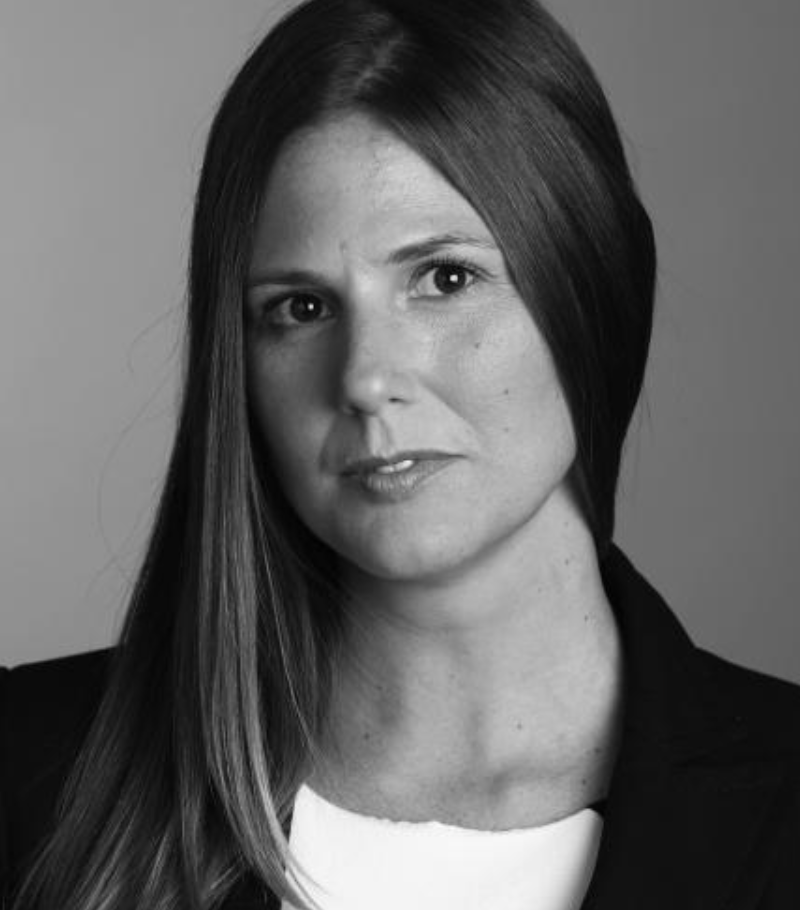 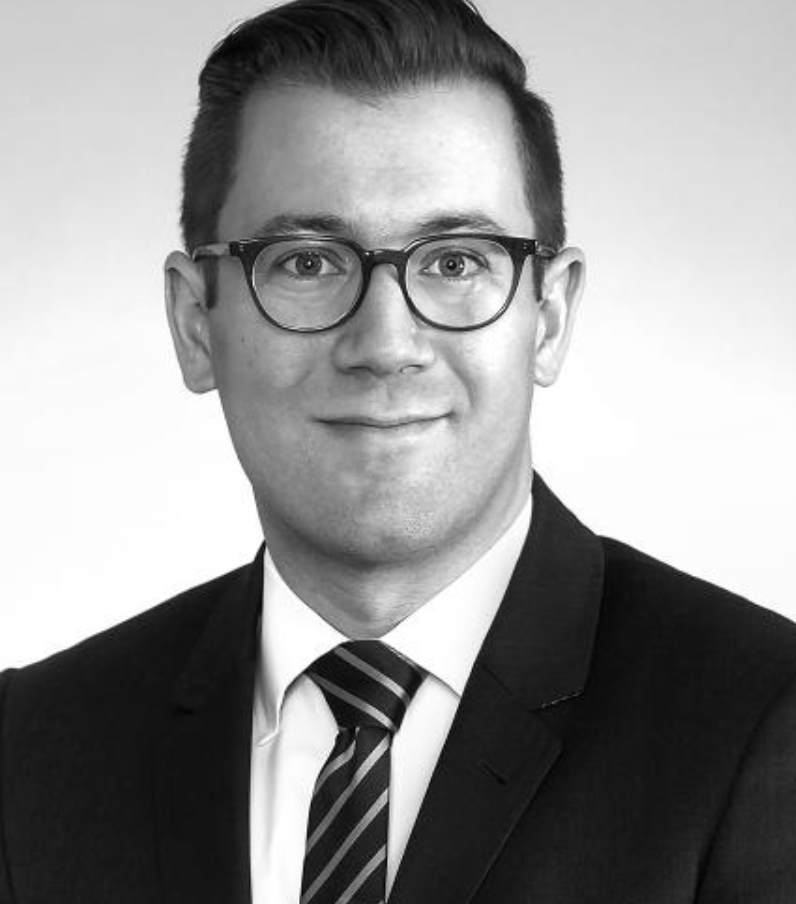