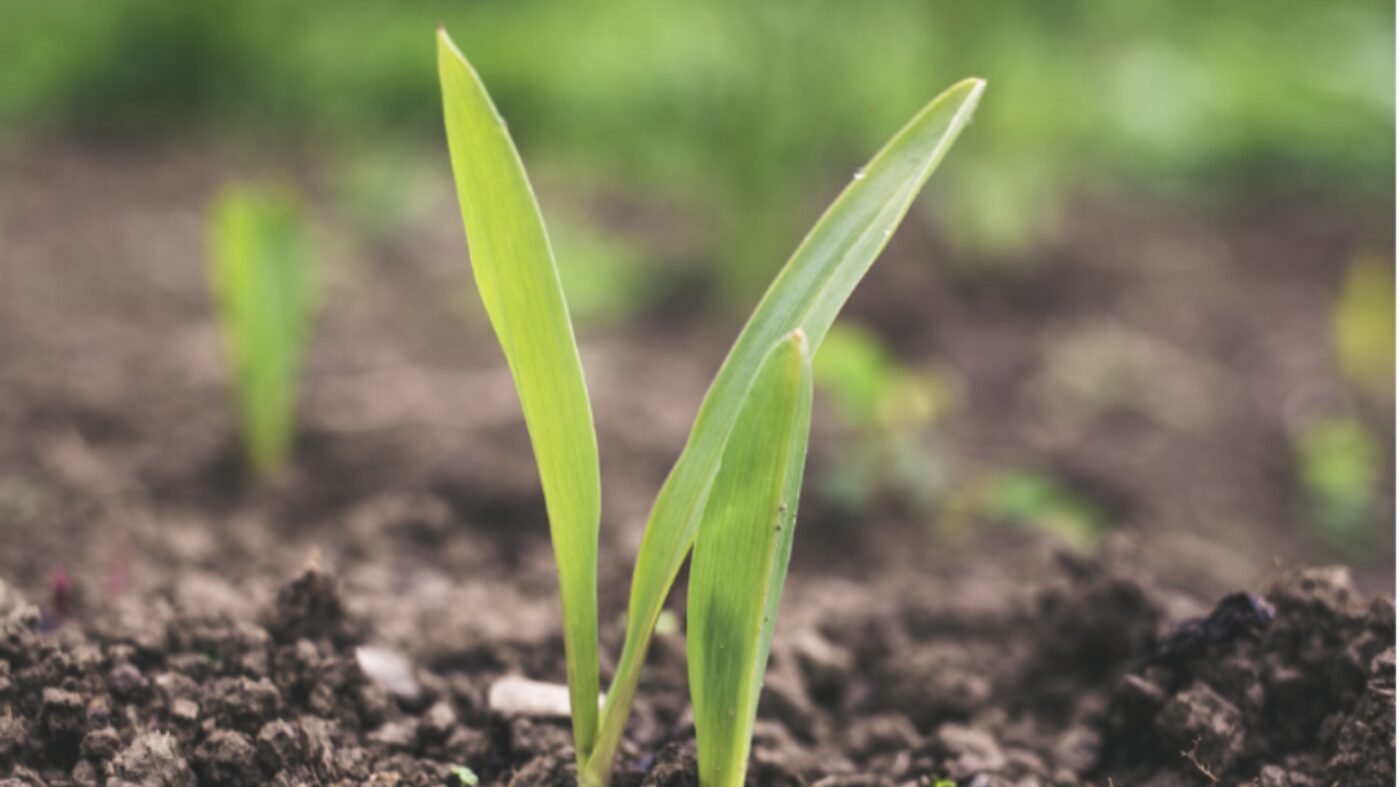 With the benchmark London Interbank Offering Rate, or LIBOR, scheduled for replacement at the end of 2021, banks and other market participants in the United States and United Kingdom are preparing for the transition. McGuireWoods partners Donald Ensing, Jennifer Kafcas, Susan Rodriguez, James Gelman, and Barlow Mann are part of the firm’s LIBOR Transition team helping financial institutions with their transition efforts. They assess where the transition stands and key issues facing market participants in the months ahead.

CCBJ: Where does LIBOR transition stand and how prepared is the financial industry for this shift?

Jennifer Kafcas: LIBOR transition efforts are well underway at most financial institutions and other entities impacted by the transition, but preparedness varies by product type and jurisdiction. The administrator/publisher of the IBOR rates (the ICE Benchmark Administration), and its UK regulator (the UK Financial Conduct Authority, or FCA) confirmed in March of this year that most versions of U.S. dollar (USD) LIBOR (the most commonly used reference rate) will no longer be published after June 30, 2023, but that IBOR rates in all other currencies (Pound Sterling (GBP), Euro (EUR), Swiss Franc (CHF) and Japanese Yen (JPY)) will no longer be published after December 31, 2021. For this reason, we are seeing most institutions really focusing on transitioning multicurrency products completely this year with transition for other USD LIBOR products planned for this fall and next year.

Susan Rodriguez: In the U.S., regulators have pushed financial institutions to focus on LIBOR transition efforts by announcing that examiners will be evaluating progress and will deem it a safety and soundness issue if financial institutions come up short in their planning efforts. In fact, in March 2021, the Federal Reserve in its Supervision and Regulation Letter encouraged examiners to take supervisory action if an institution is not ready to cease issuance of new LIBOR-based contracts by the end of 2021. Financial institutions have heeded this warning and most are on track, but we have seen challenges with deciding on appropriate replacement rates and, for some, dealing with the practical challenges of amending agreements. What trends are you seeing on replacement rates in the marketplace?

Kafcas: In the UK, the FCA has been very active in advancing a replacement reference rate for contracts denominated in GBP, so the UK market has been moving earlier and more uniformly to replace GBP LIBOR with the Sterling Overnight Index Average (SONIA). The FCA has required: (i) all financial contracts denominated in GBP entered into after March 31, 2021 to reference SONIA and not GBP LIBOR, (ii) that all legacy GBP LIBOR products should be converted from LIBOR to SONIA (or have robust fallback paths in place) by September 30, 2021 and (iii) financial institutions to be fully prepared for the end of GBP LIBOR by December 31, 2021.

Donald Ensing: Progress in the USD LIBOR cash products market has been more of a mixed bag. The Alternative Reference Rates Committee (ARRC) recommended the Secured Overnight Financing Rate (SOFR) as the replacement benchmark rate for USD financial instruments, and the primary U.S. regulatory authorities monitoring LIBOR transition (the Office of the Comptroller of the Currency (OCC), the Board of Governors of the Federal Reserve System and the Federal Deposit Insurance Corporation (FDIC)) require that USD financial instruments should have a “robust” fallback path to a specific replacement benchmark– but without directing the use of any particular replacement benchmark.

Several product types have adopted SOFR relatively quickly. For example, the markets for floating rate notes (FRNs) and government mortgaged backed securities have already seen robust use of SOFR as a reference rate. But the commercial loan market has lagged behind, largely because SOFR is different than LIBOR in two primary ways. First, SOFR is a “risk free” rate, meaning it is based on overnight borrowing secured by U.S. treasury securities, and so in times of economic stress reacts differently than LIBOR, which is based on unsecured interbank borrowing for a forward-looking term, and is sensitive to the borrowing bank’s credit profile. Second, until recently, it seemed unlikely that a forward-looking term variety of SOFR (i.e., flexibility to lock a rate for a forward-looking 30, 60 or 90 day period, as with LIBOR) would be available by the end of 2021 due to insufficient trading in SOFR futures and swaps, which results in various challenges in “operationalizing” SOFR as a replacement for LIBOR.

Barlow Mann: And, to add to that, although the ARRC continues to recommend SOFR, market demand for a credit sensitive alternative to SOFR has sparked rapid advancement over the last year or so in the development of competing benchmark replacement options. All of these SOFR competitors offer forward-looking term options, including: Bloomberg’s Short Term Bank Yield Index (BSBY), the ICE Benchmark Administration’s ICE Bank Yield Index, IHS Markit’s Credit Inclusive Term Rate and the American Financial Exchange’s AMERIBOR.

BSBY, in particular, has seen early uptake in the market, with a number of major financial institutions issuing floating-rate notes, bank notes and certificates of deposit linked to the rate. We also understand that there are a number of deals pending in the syndicated and bilateral loan markets that use BSBY as a reference rate. However, certain regulators including Treasury Secretary Janet Yellen and Securities and Exchange Commission chair Gary Gensler have publicly expressed concerns about the use of credit sensitive replacement rates such as BSBY and the others mentioned previously.

The progress by these alternative benchmark rate options appears to have accelerated the development of a forward-looking term rate for SOFR as well. In late April CME Group announced the publication of 1, 3 and 6 month SOFR term rates, and in a May 21 press release the ARRC announced that it has selected CME Group as the administrator it plans to recommend for term SOFR, noting that “a recommended term rate is now in clear sight.” And on June 8, 2021, the CFTC announced its “SOFR First” initiative, recommending that interdealer brokers switch U.S. dollar swap trading conventions from LIBOR to SOFR by July 26, to better establish the forward curve for forward looking term SOFR rates. However, the ARRC also has stated that it will recommend best practices for the use of term SOFR, and it is not clear yet which product categories the ARRC is likely to recommend for term SOFR use.

James Gelman: The reception for SOFR in the business loan market (outside of large syndicated credit facilities, where SOFR seems to be well established as a fallback rate) has been less than enthusiastic, and some large financial institutions have publicly expressed interest in endorsing options alongside SOFR, such as BSBY, which is getting substantial traction in recent weeks, and AMERIBOR. Some banks have questioned the clarity of regulatory guardrails around USD LIBOR between December 31, 2021 and June 30, 2023 – can existing USD LIBOR loans be extended or renewed after the former date so long as they expire before the later date?

What is clear, however, is that banks will need to start offering options other than USD LIBOR in the second half of 2021, and corporate borrowers will need to evaluate the pros and cons of SOFR and its alternatives.

What is happening with LIBOR transition in the derivatives market?

What are the greatest obstacles financial institutions and companies are facing as they prepare for the transition away from LIBOR?

Mann: Financial institutions must ensure that their systems have been updated to handle the transition to risk-free rates. Currently, some financial institutions have systems set up that are capable of calculating their cash flows based on a term rate (i.e., LIBOR). Because they are overnight rates, risk-free rates do not have this same term structure, which means that financial institutions must ensure that their systems are set up to calculate cash flows on an overnight basis. While risk-free term rates are beginning to emerge, the jury is still out on how these will play out and for what categories of products these terms rates will be recommended. Borrowers face a similar challenge – corporate treasury groups will need time to adjust their own systems to the LIBOR alternatives being offered by their banks and lenders, and until the banks settle what those alternatives look like, treasurers are in a wait-and-see mode, and will need to catch up once their options become more clear.

Ensing: One of the biggest obstacles that financial institutions are facing in these latter stages of the LIBOR transition is how to deal with the transition of their legacy LIBOR-referencing contracts. The legislation passed in New York, and the legislation being considered at the federal level, address a relatively small subset of contracts that are difficult to amend. But many financial institutions are party to a huge number of contracts that fall outside the scope of those legislative fixes. The lack of consistency across financial products regarding fallback language and amendment procedures means that there is no “one size fits all” approach. Financial institutions have been very active over the last year or so in analyzing their legacy contracts, and will be devoting significant resources over the coming 18 months to efficiently and effectively transitioning them. In the work we’ve done with our clients on this, we’ve seen AI tools as helpful, but by no means a silver bullet. It’s a huge task for bank legal, treasury, and risk departments.

Gelman: With respect to multicurrency facilities, financial institutions need to impress upon borrowers that the clock is running out. No one should expect that publication of the LIBOR rates in non-USD currencies and the 1-week and 2-month USD LIBOR will be extended.

Rodriguez: Although it is likely we will see more regulatory guidance come out this year on LIBOR Transition, the Federal Reserve has published guidance that highlights some of the issues examiners may be reviewing when evaluating transition plans, including:

• Operational preparedness and controls: Financial institutions should also think about internal and vendor-provided systems that use or require LIBOR and determine what adjustments will be needed upon the cessation of LIBOR, and of course, establish a back-up plan in case a system fails.

• Legal contract preparedness: All LIBOR-referencing contracts should be identified (sometimes, we refer to that as “bucketing”) and develop a plan to remediate any contracts impacted, that is modify those contracts prior to LIBOR’s cessation. Most institutions have begun their remediation efforts but there is still much work to be done to ensure a successful transition away from LIBOR.

Oversight: This probably goes without saying, but institutions will want to keep their senior management and regulators proactively apprised of their LIBOR transition plans and provide regular updates. This is important to stay on top of emerging issues and avoid and mitigate future litigation and enforcement risks. 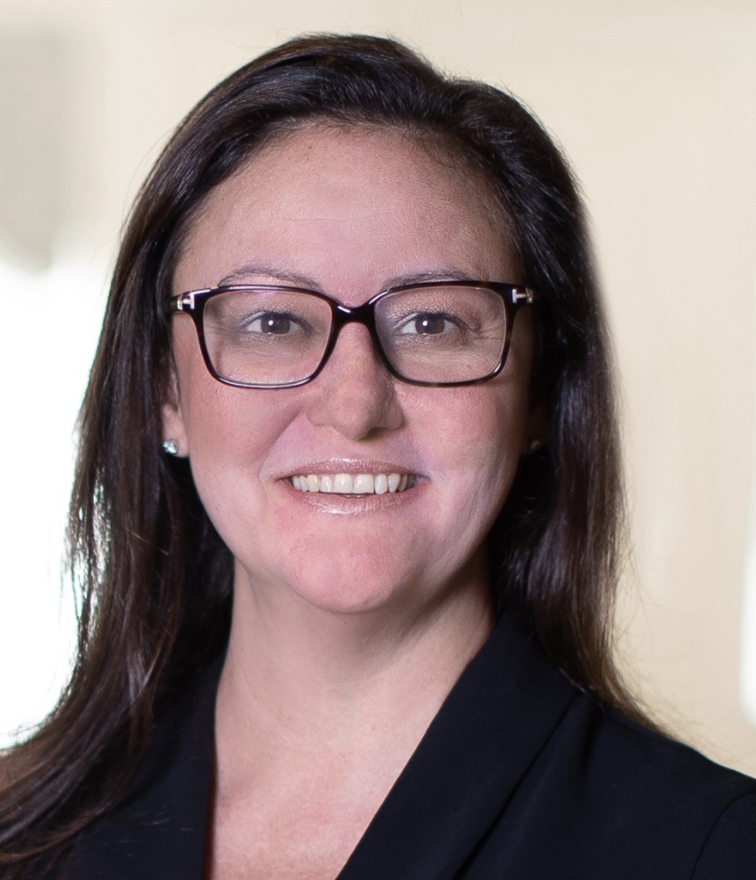 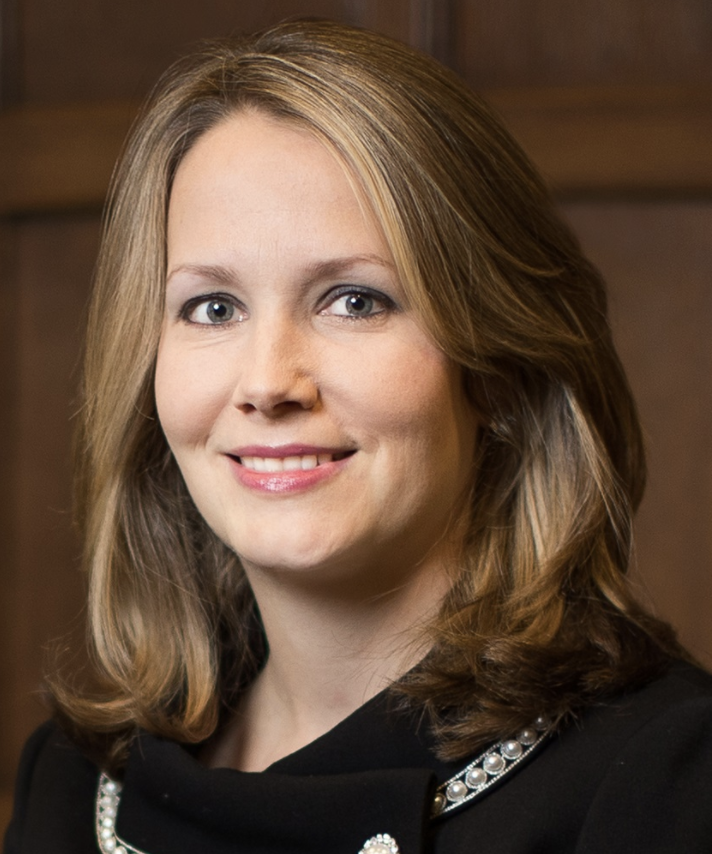 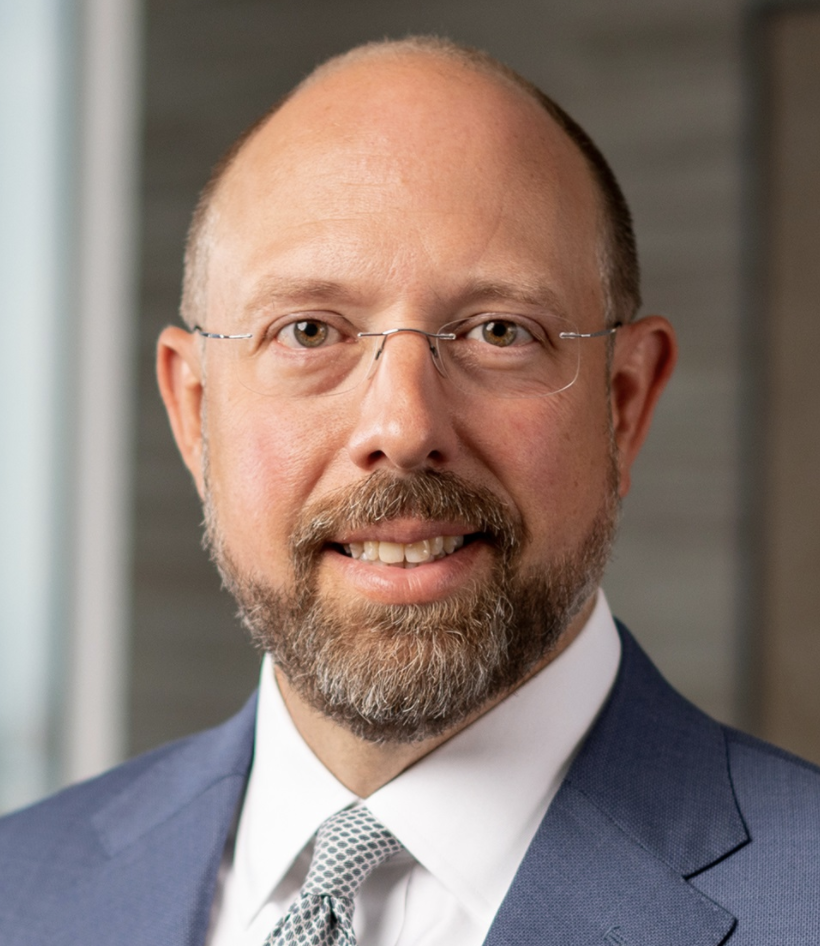 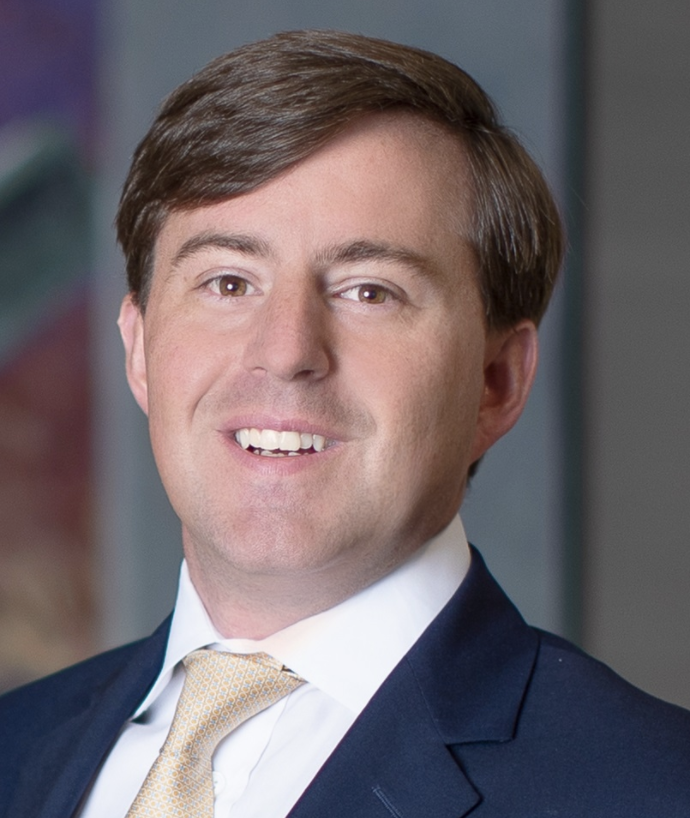 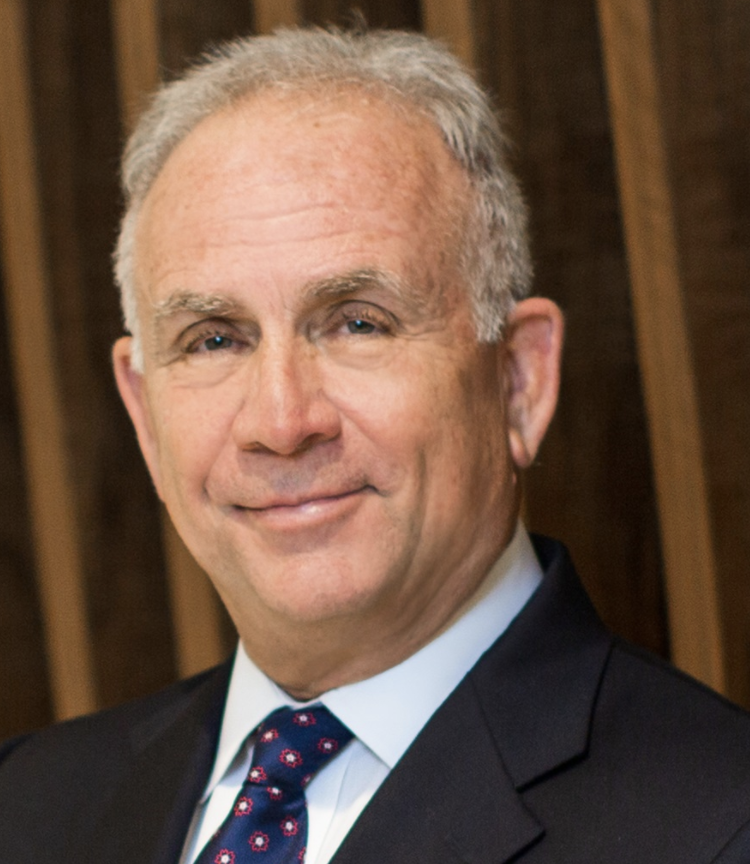 Sandy Brown, a co-leader of Alston & Bird’s Financial Services & Products Group, who formerly served in the Office of the Comptroller of the Currency in the Reagan Administration, counsels and represents financial institutions and specialty finance companies, speaks with host Richard Levick of LEVICK.