On May 24, 2011, Raymond Craig Brubaker was acquitted on all nine criminal charges in one of the most significant tax shelter fraud prosecutions brought by the U.S. Attorney in Manhattan. Mr. Brubaker was on trial for ten weeks with four other defendants. He was the only defendant to be found not guilty on all charges. The Kramer Levin trial team that represented Mr. Brubaker was led by Litigation Partners Barry H. Berke and Paul H. Schoeman.

Craig Brubaker was an investment representative who marketed and implemented the tax shelters at issue in this case. Brubaker retained Kramer Levin during pre-indictment, and he was the only defendant represented by the firm. In a 79-page, 27-count indictment involving five defendants, the government named Brubaker in a total of nine counts, including conspiracy/fraud, tax evasion and obstruction. Berke and Schoeman set their sights on a path to victory - total acquittal. In addition to sharing litigation strategies, this chronicle will illustrate the challenges faced by defense counsel in counteracting the overwhelming power of prosecutorial force.

The Path To Victory: Initial Assessments

A great challenge for the defense was Brubaker's prior IRS testimony, which the government claimed was a significant act of obstruction in the conspiracy. During summation, the prosecution characterized this testimony as "lies, lies, bald-faced lies." Berke and Schoeman had to discredit and then flip the prosecution's evidence to Brubaker's advantage. The government's two key witnesses were Erwin Mayer - Brubaker's main source of information regarding the tax shelters - and expert witness David DeRosa, who testified that the tax strategies had no investment component.

A key part of the defense was showing the jury that Brubaker had a good-faith belief in a viable investment component to the tax strategy. Berke's cross-examination of Mayer employed role-playing and convinced the jury to view the facts in temporal context. Schoeman's cross-examination of DeRosa completely discredited the government's expert testimony.

Making The Case: Fables, Role-Play And A Prop

Berke noted the need to help the jury remember key evidence, particularly in complex, lengthy trials. He said, "I prefer to open with a moral concept that captures the entire case - which jurors will remember while hearing the evidence. We opened with an Aesop fable about a sheep farmer who relies on a stranger - a story about persuasion and trust. We had to prove that Mr. Brubaker relied on Mayer and Jenkens & Gilchrist in good faith. We didn't have to prove that the shelters were legitimate, just that a reasonable person could have believed in them ten years ago."

Berke described their courtroom strategy. "We wanted the jury to embrace two different realities and wanted to transport the jury back in time. We did a role-playing exercise during Mayer's cross-examination, in which I played two roles: a fictional real estate developer and my real self as defense attorney. We needed a prop to enable the jury to know which role I was playing without disrupting the flow of the cross-examination. I came up with a red hanky. It was visually compelling and easy to display and then hide. It enabled the witness to delineate which role I was playing at all times and, importantly, the jury would remember it when I brought it back out at closing."

Making The Case: Graphics And Discovery

Berke and Schoeman used graphics extensively throughout the trial. During Mayer's four-day cross, they graphically depicted a 12-year timeline, outlining Mayer's inconsistent positions - throughout his business dealings, after he pleaded guilty and during the cross-examination itself. The defense amassed 60 striking graphics, with the goal of simplifying a complex web of information and really using technology to enhance Brubaker's defense.

Discovery was another challenge. The government produced a record 25 million pages of discovery in different formats. While technology-based review is helpful, Berke and Schoeman maintain that there is no substitute for being methodical and organized - putting eyes on the pages in an attempt to find useful information.

Jurors are naturally suspicious of wealthy people who made millions of dollars and paid little or no taxes. Berke and Schoeman argued that there could be good faith, that the government's theories were unsound and that the document trail supported the defense. They relied upon old-fashioned lawyering, contextualizing damaging evidence and illuminating events in real time. They clarified the government's misleading use of Brubaker's prior IRS testimony and earned the jury's trust.

The government's star cooperator, Erwin Mayer, had pleaded guilty and then testified against Brubaker. On cross, Berke flipped Mayer by taking him back in time and showing that the government's argument did not reflect Brubaker's true situation ten years ago. Berke said, "Our goal was to impeach each witness and the prosecution's entire case by creating 'Aha!' moments when the jury would question the prosecution's evidence.

"We had to discredit the government's use of Mr. Brubaker's emails to Mayer to claim our client was a key conspirator and had guilty knowledge that the tax shelters were shams. We used those same emails to demonstrate Mr. Brubaker's good faith."

Although these tax shelters were used by many wealthy and successful people, the government claimed that no reasonable person - i.e., Brubaker - could have a good-faith belief that any IRS loophole would shelter enormous profits with no associated tax burden - simply by making a few investments. The government gave the jury an incentive to convict by asserting that these tax shelters cost taxpayers many billions of dollars - "with a B" was their mantra.

Berke stated, "On direct, Mayer asserted that our client knew the shelters were a sham. On cross, it wouldn't be enough to get Mayer simply to admit that he misled our client because the jurors wouldn't buy that to the point of exoneration. We needed to bring the jury back to when these shelters were being pitched.

"We began with a role-playing exercise. I asked Mayer to assume that I was a Florida real estate developer who wanted to do a tax transaction. I had a red handkerchief that I would display in my jacket pocket when I was role-playing, and then remove when I resumed my duty as defense attorney.

"Mayer slowly began to admit to some inconsistencies until he stepped into his role - his pitch mode. Here he was articulate, eloquent and very persuasive. With no notes, Mayer explained everything. In my fictional role, I said I was a risk taker but had no interest in soiling my reputation or doing anything illegal. Mayer assured my character that this was an honest transaction and delved further into important concepts for our case. For example, we had to show that the tax strategy had a business purpose and economic substance, even though it was the equivalent of saying that a $50,000 investment could generate a legal tax deduction of $5 million.

"Mayer ultimately delivered the core of our defense and retracted much of his direct testimony. He admitted that the business purpose amounted to the simple desire to make money and that he reverse-engineered these transactions to create economic substance. The key to our defense was our client's good-faith belief. Ten years ago, Mayer persuaded hundreds of successful business people - including their lawyers, accountants and financial planners - with the pitch he had just given for the jury. After his pitch, I was able to say, 'Mr. Mayer, you were very persuasive, weren't you?' He replied, 'Apparently so.'

"Paul's cross of DeRosa was the next hurdle in establishing our client's good faith. While DeRosa acknowledged that many were duped by the pitch, he held Mr. Brubaker - an experienced investment officer - to a higher standard. Now it was Paul's job to take DeRosa out of the case."

DeRosa's direct testimony was targeted primarily at Brubaker, as the defendant the government claimed was most deeply involved with the underlying investments. Schoeman's cross aimed to establish that DeRosa was a hired gun presenting abstract theories and not representative of the real-life participants.

Schoeman had his work cut out for him. An author and professor on the subject, DeRosa is the recognized expert in these investments and a very persuasive witness. He claimed that the investments had no chance of being profitable and characterized his own analysis as beyond dispute. The jury embraced Schoeman's cross-examination, the witness was neutralized, and Schoeman elicited testimony that weakened the prosecution's case, recasting Brubaker as an honest professional.

The defense focused on showing that, on direct, the government had omitted important aspects of the story and unduly led witnesses. On cross, the jury learned that the case against Brubaker was not as it appeared, notwithstanding the government's boastful statements.

Schoeman said, "We didn't want to do a typical expert cross and get into the weeds of a complex subject during a criminal jury trial. We redirected the expert away from his home field and showed why he was actually helpful to our case. We established that our client had a basis to believe the tax shelters were not sham transactions and that DeRosa was a gun for hire.

"We confronted DeRosa's use of the famous Black-Scholes option-pricing formula and exposed his conclusions as ambiguous, theoretical and disconnected from real facts on the ground. The government was trying to reshape the past - with a paid expert, a guilty cooperator and 'motivated' taxpayer witnesses. Our cross of the taxpayer witnesses revealed that, ten years ago, they resembled Barry's fictional customer from the Mayer role-play. Like Mr. Brubaker, they acted in good faith and thought they were making a legitimate investment.

" The goal with DeRosa wasn't just to raise doubts or attack him at the margins, but to take him out at the knees. We made a compelling point to the jury that pure theory is an unreliable basis for assessment of real-world pricing in sophisticated financial instruments. I drew an analogy to basketball and the probability of a two-point versus a three-point basket in a dynamic game. The jury understood perfectly, while DeRosa claimed not to know enough about basketball to apply it. This and many other answers severely undercut his credibility."

Berke added: "Paul cited the downfall of Long-Term Capital Management to discredit DeRosa's reliance on the - decidedly - unreliable Black-Scholes model. It created another 'Aha!' moment. Paul quoted a University of Chicago professor who said that models like Black-Scholes are to be 'used but never believed.' It was a great ending."

Berke explained that it was critical to distinguish Brubaker from the other defendants. "We stressed to the jury that there were five separate trials. They had to put aside negative feelings about tax shelters, complex investments and associations with other defendants who either pleaded or were found guilty. We refocused the jury on our client's individual good-faith actions."

Schoeman added, "Certain major elements of the government's case were aimed at our client. While this presented obvious challenges, it also presented an opportunity to develop the facts specific to our client."

Not Guilty On All Counts

Berke and Schoeman closed with the following thoughts: "We asked the jury for a clean-sweep acquittal in a multi-count case. It was a risky strategy to open big, but we were able to deliver what we promised and get the jury on our side.

" Because there were many different counts, we could have had a very successful trial, and only have made it mostly down our path to victory. During summation, we stated that the government charged numerous counts with the specific hope that at least one might be upheld. We asked the jury not to compromise, and, to their credit, they didn't." 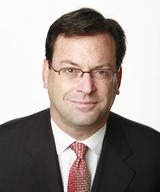 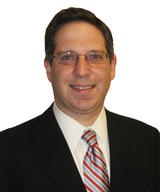