A Passion for Equality and the Environment

CCBJ: Tell us about your background and what led to your current practice at Sills Cummis, which concentrates on land use and the environment.

Tom Prol: In addition to my law degree, I also have a master’s in public health and environmental and occupational health from Emory University. I was in the Peace Corps from 1994 through 1996, in Nepal, and my life trajectory was heading toward health education and environmental health in particular. As I listened to what was going on back in the U.S. – there was a very caustic environment, with attacks on the LGBT community, which includes me – I got upset and decided to do something about it. On my way home from the Peace Corps, I stopped in Bangkok and took my law school admission test there, and charted a course to be an LGBT rights advocate. When I got back to the U.S., I took a job as a scientist and enforcement officer with the Environmental Protection Agency in Manhattan.

My life’s passion is environmental issues and being a good steward of the environment. New York Law School was three blocks away from my office at the EPA, so I applied there and started going to law school at night. When I finished with law school, I got a job with a solo practitioner on Main Street in my hometown of Franklin, New Jersey, and built my career from there. With my EPA background, I became legal counsel to the Sussex County utilities authority, dealing with landfills and the county sewerage infrastructure. I’ve been handling these legal matters for Sussex County ever since, and they’ve been an important part of my legal career in environmental law. I am fortunate that I have been able to harmonize my environmental interests and sustainability outlook with my development and land use services and fold those into the legal work I do.

I also have a passion for LGBT equality. I was a founding member of the executive committee of Garden State Equality and am still involved there today. We engaged an aggressive campaign of activism to pass laws and protections for the LGBT community. The 1990s were a harsh environment for my people, and in the early 2000s, we got involved all across the State of New Jersey with town hall meetings to raise awareness and educate the public. We litigated for rights and went all the way up to the New Jersey Supreme Court with Lewis v. Harris, the marriage equality litigation. Eventually we had to file another lawsuit as well, Garden State Equality v. Dow, to get equal rights in marriage. We also marched and lobbied for rights, including protections for kids in schools, and we spent a significant amount of time in the State House and municipal buildings around the state fighting for equal rights in the law books. To date, Garden State Equality has helped get 222 laws passed – you can check out www.gardenstateequality.org for a list of them.

Around the same time, I got plugged in to the New Jersey State Bar Association, where I eventually became president in 2016. I did a significant amount of work in the diversity and inclusion space, working to make the Bar Association a big umbrella for all types of people. We started an LGBT rights committee, and the Bar Association became an advocate for equality and justice, for that more perfect union that our Constitution commands us to pursue as attorneys and citizens. We harnessed the power of the State Bar to weigh in for marriage equality and a number of other laws, like the Anti-Bullying Bill of Rights, which was signed into law by the Governor of New Jersey in 2012.

To bring things around to my current work with Sills Cummis, environmental law is my passion. I’ve represented planning boards and zoning boards during my career, as well as developers. That’s one of the things I brought to Sills Cummis – I’ve been on both sides of the table, so I know how that process works. I also have a great deal of experience in the political world from my advocacy for equal rights and serving as State Bar President, the first openly gay leader of the organization. My professional goal is to help ensure sustainable development, in a way that respects our environment, while also understanding that our state needs to grow and people need places to live and work. But we need to grow smart and we need to grow sustainably.

How do you tie your practice at Sills Cummis to your advocacy for equal rights and justice?

That’s such a core element of what I do, and Sills Cummis has given me a great platform for advancing equal justice under law. I’m still advocating across the state, and they are tremendously supportive of that. In fact, that was a fundamental reason why Sills was attracted to me, because this firm operates at the intersection of law, business and public policy. This way of operating has always been a part of Sills Cummis – from Arthur Sills, who was the Attorney General of New Jersey from 1962 to 1970, through today.

Let’s talk more about Garden State Equality. Can you tell us about some of the organization’s most prominent initiatives?

As I mentioned before, the Anti-Bullying Bill of Rights is a big one. We’re up to 30-something states now that have copied New Jersey’s law. We were the first state to protect kids from harassment, intimidation and bullying that happens off of school grounds, including on social media. Federal and state law requires that children get a free and appropriate public education, and this law helps ensure that they get it in a safe, welcoming and affirming environment – regardless of who they are.

We also were involved in marriage equality. As I mentioned, it took us two New Jersey Supreme Court cases to get to full equality: Lewis v. Harris and Garden State Equality v. Dow. In the initial lawsuit, the New Jersey Supreme Court ruled unanimously in favor of equality, seven to zero, but they split four to three on the remedy and, by legislative deference, the Court permitted the legislature to choose between creating a separate statute for committed same-sex couples or folding them into full, equal marriage. Unfortunately, the legislature chose to build a separate water fountain, so to speak, with civil unions. On day one of the civil unions law, it was literally unequal to marriage. We took up the battle again, and we engaged a grassroots campaign that demonstrated that civil unions were a failed experiment in discrimination, and they affixed a label of inferiority to gay and lesbian families. Ultimately, in Garden State Equality v. Dow, the New Jersey Supreme Court Justices finally ruled in favor of full marriage equality for same-sex couples.

What advice would you give other diverse attorneys who are looking to advance their careers?

The most important thing is to get involved and live your truth while you do it. The most important aspect of me becoming who I am was volunteering. I met so many people who were committed to the cause of justice. I was able to pursue my advocacy, my life’s mission, by being involved out in the community. You have a choice every day when you go home: You can sit down and watch TV or you can get out and embrace the world and pursue what you want to do, to be the change you want to make in the world.

I’ve tried to make that how I live my life. I’ve found that, particularly at the State Bar, I was able to volunteer on legislative committees that got involved in advocating before the State senate and assembly and the governor’s office. I was on our amicus committee, and I wrote amicus curiae briefs that went before the New Jersey Supreme Court. I’ve been involved in advocating on important, fundamental issues and cases that bend the moral arc of the universe toward justice.

How have law firms changed their approach to diversity since you first started, and how would you like to see change continue into the future?

Law firms have changed remarkably over the 18 years that I’ve been an attorney. I remember back in law school we were dealing with things like the Solomon Amendment. There was a fight over “Don’t ask, don’t tell” in the military, and law schools weren’t allowing military recruiters onto their campuses because the military discriminated against gays and lesbians. Back in the 1990s, it was difficult to be out as a gay man, but I never gave up resisting and pushing forward. I thought it was important to be that advocate, and I believe that everyone can be educated on these issues – and that’s really what it comes down to. If you’re talking about how law firms have changed with their approach to diversity, I think there’s always been an interest among lawyers to recognize and respect diversity. But I’ve seen it grow a lot over the last years, culturally, from this terrible environment in the ’90s to where we are now.

One last thing I’d like to mention that I’m also really passionate about: The Equal Rights Amendment (ERA), which would make equality based on sex a Constitutional right. It has been languishing since the 1970s without getting fully ratified. A few years ago, the House of Delegates for the American Bar Association (ABA) adopted my resolution to bring the force of that organization to bear in advocating for passage of the ERA. At that time, only 35 states had ratified it – and we need 38. Since then, we’ve had two more states ratify the ERA, so we just need one more. It’s something I’m really committed to right now – getting the ERA passed and ratified as part of the U.S. Constitution. 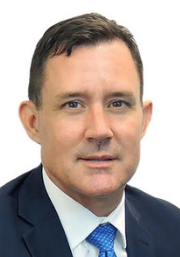 The Business Case for a Diverse Supplier Program