The Rise of General Counsel as Reputational Leaders

Richard Torrenzano speaks on the evolution of the roles of general counsel, especially as they pertain to the upkeep and oversight of company's reputations navigating a modern day environment.

Has any company in living memory faced as many high-profile controversies and setbacks as Facebook? The company confronted hot-button issues – from the Cambridge Analytica scandal, to data breaches, to anti-trust actions – with a tone deafness unique among major corporations.

And yet, there are signs that Facebook is beginning to get smart.

Rather than remain in the crossfire of a deeply polarized country, CEO Mark Zuckerberg is positioning Facebook to serve as the neutral curator of the national dialogue. He is leading an intense, internal discussion and debate among company leaders to seek a safe path between competing demands of two parties on political advertising, which may well turn out to be a smart strategy of enduring short-term heat for long-term insulation.

The company is also beginning to learn to set the agenda. When Zuckerberg and his wife, Priscilla Chan, recently appeared on the CBS Morning News, they talked casually with anchor Gayle King across a kitchen counter, presenting an appealing, sympathetic image.

No doubt, smart image consultants are behind this turnaround. But I would not be surprised if part of Facebook’s new approach in style and substance is the handiwork of someone who came on board in April – general counsel Jennifer Newstead.

If so, this would be in keeping with a growing trend in corporate America – the rise of the general counsel in reputational leadership. A general counsel is arguably the best positioned member of the C-Suite to coordinate actions across disciplines for crisis response.

While not every company can call on the former top counsel at the State Department, companies are turning to general counsel to help manage complex interplay between public perception – stimulated by coverage and commentary – and the law.

General counsel have always had a special “superpower” – as members of the bar, they can try to shield communications about a legal issue as privileged. However, protection of privilege for in-house counsel has become complicated and been steadily eroding.

They have long had a duty to educate employees and outside advisors on how and when to claim privilege. They also have added fiduciary duties as members of the bar. Being on the frontline with authorities and regulators, they know how to avoid traps that could jeopardize the company as well as their own licenses.

Newstead is part of a new generation of leaders that understands that a company can fight negative coverage and public sentiment in a way that reduces, rather than increases liability.

As these leaders have emerged, the offices of general counsel have become integral to crisis response. That deep interaction between media, social sentiment online and actions of politicians and regulators call for counsel with a full range of political and communication tools.

A general counsel today must be able to read and understand the Code of Federal Regulations, as well as policymakers, media and the ultimate jury, the public – which are not only customers – but in some cases shareholders.

Another reason general counsel is playing a more central role in corporate leadership is because that office has more flexible resources to respond to crises than do peers in marketing and communications. Budgeting for communications and marketing is minutely planned, and any deviation will require sacrificing something already on the books. A budget of a general counsel is built with leeway for the unexpected.

General counsel clout has long been interdepartmental and companywide. General counsel can issue mandates across departments with a gravitas that a chief technology, marketing, sales or communications officer cannot. And, a general counsel is positioned to manage day-to-day details of a crisis in a way CEOs should not.

This independence also leaves general counsel better positioned to balance competing objectives. Like the CEO and CFO, general counsel excel at the difficult task of weighing a company’s needs. In these instances, the general counsel can serve as excellent mediator to ensure the entire company is pulling together.

Many also appreciate that the best time to prepare for a crisis is before one happens. The general counsel often takes the lead by putting together an interdisciplinary team capable of understanding and responding to a wide array of potential threats to the company.

Counsel are often called on to make sure everyone, from the designated spokesperson to customer-facing personnel, understand trade-offs between reputation and legal jeopardy so the team can move swiftly but carefully.

To be most effective, general counsel must learn how to prepare for a crisis with a brutally honest evaluation of a company’s reputational profile. In such an evaluation, it is vital to be able to call upon outside consultants for social and traditional media expertise to analyze and discern sentiment of various publics about a company or its products.

Such advisors bring related aspects of effective communications, knowing when to abandon legalese in favor of “human-speak.”

It took an embarrassed United Airlines more than several tries – when it addressed the forced removal of a passenger in 2017 – to use empathetic language most people could understand and relate to. The United debacle should be a searing lesson to all business leaders to speak and write in plain English, not in corporate acronyms or legalese. 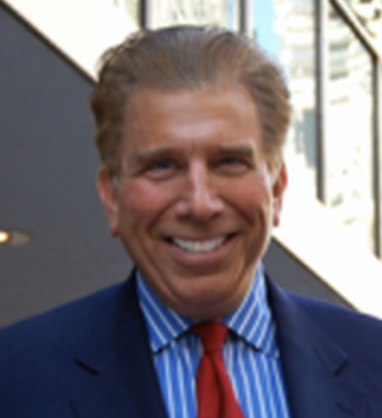 Host Kristin Calve is joined by Ana Salas Siegel, executive vice president and general counsel for NBC Universal Telemundo Enterprises, in a conversation on the intersection of business and law, the spirit of her work ethic and career and how she balances risk management with furthering the goals of her own corporation.

SEE ALL ARTICLES ON Risk Management